Conor McGregor and Dee Devlin are getting hitched!

Conor McGregor and his longtime girlfriend Dee Devlin are engaged. 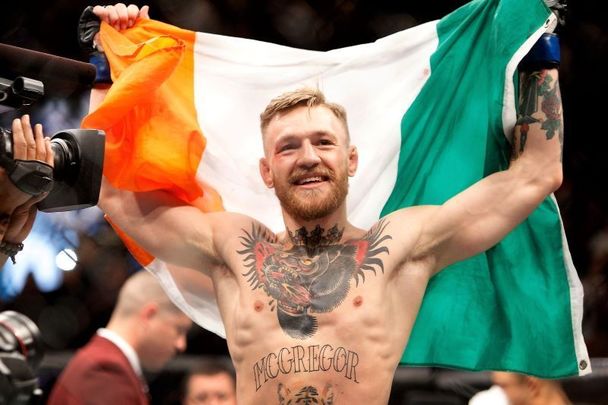 Conor posted a pic on his Instagram of Dee wearing a mighty chunk of ice with the caption, “What a birthday, my future wife!”

Seeing as Conor doesn’t do things in half measures, you can be sure that the wedding will be a lavish, no expense spared event in the post-COVID world. The couple hasn't announced a date, and it’s a good bet that their two kiddies, Conor Junior, three, and Croia, one, will have big parts to play in their parents’ nuptials.

Dee has been by Conor’s side for every step of his journey to the top of the UFC heap, sticking with him through good times – multiple championships – and bad -- allegations of rape for which he was never charged.

In a 2015 interview with Ireland’s VIP magazine, Conor opened up about how he and Dee came together.

What a birthday, my future wife !

“I knew her a bit beforehand, but I think the first time I spoke to her properly was when I saw her in a nightclub. I asked her to come over and we just started chatting. She seemed like a nice girl, and I like good girls,” he said.

He credits Dee for being the secret sauce behind his massive success.

“Oh, 100 percent. Every day, since I started out in this game, she’s supported me. She’d drive me to the gym, and she’d listen to all my dreams. Dee is a lifesaver for me. I wouldn’t be doing this if it wasn’t for her, and that’s for sure. I’m doing all of this for her,” he said.

A bunch of famous friends congratulated the couple via Instagram, including WWE star Sheamus, that Kardashian hanger-on Jonathan Cheban, and JWoww from Jersey Shore.

In other Conor news, the questionably retired UFC star just dumped a bunch of money for a good cause – his childhood Irish football club, Lourdes Celtic.  His funding allowed the club to upgrade its facility and provide new gear for the players.  The commitment is a long-term one.