First photo of Conor McGregor Jr with his mom taken by his proud daddy!

The UFC legend became a dad this weekend with the arrival of Conor Jack. 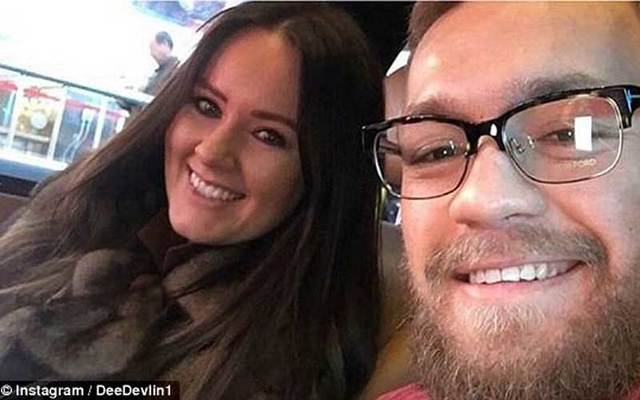 Conor McGregor has more than fighting on his mind now. The proud UFC legend became a dad this weekend as he and partner Dee Devlin celebrated the arrival of Conor Jack, all 8 pounds 9 ounces of him, on Friday night.

The couple were said to be over the moon and the prospect of the ballyhooed Floyd Mayweather fight hardly seemed as important suddenly.

Conor Jack McGregor was born safely in the Coombe Maternity Hospital in Dublin.

The proud dad-to-be shared a picture of himself and his partner Dee Devlin last week as they prepared for the birth of their son.

Dee and Junior are doing great everyone! Thank you for all the kind words, I am one proud and blessed Daddy ❤️ pic.twitter.com/3JqMpLvs9d

Conor Jr's grandad, Tony, confirmed the news. He said: “There's great news for the McGregor's and the Devlins.

“He came in at 8 pounds 14 ounces. The whole family are absolutely delighted.”

“We've experienced this recently with our eldest daughter and there's no better feeling in the world than being a grandparent. The parents are absolutely over the moon and everyone is healthy.”

McGregor’s future plans are suddenly up in the air as the bundle of joy makes a major impact on his life. While there is still discussion with Mayweather, that may well move to the backburner now.