Conor McGregor's three-month-old son was pictured dressed just like the Notorious MMA himself in sunglasses and a three piece suit. 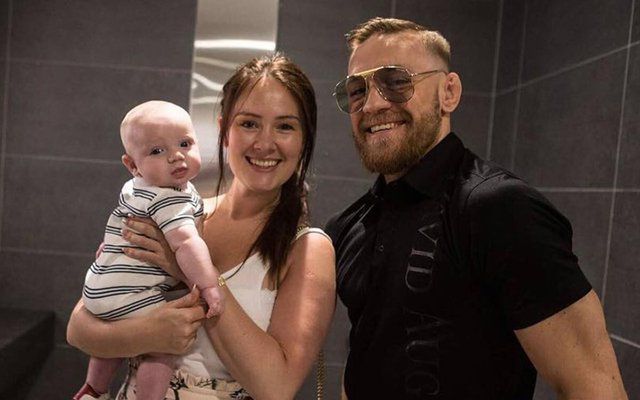 Well, here it is, the cutest thing you'll see all day. While Conor McGregor is busy with his final days of training in Las Vegas ahead of his fight on Saturday with Floyd Mayweather, he's still finding time to get joy out of the small things, like his three-month-old son, Connor, Jr.

During a photoshoot this week with photographer Emily Wilson, McGregor's friend and fashion designer David August Heil (who also designed him that splashy F**k You pinstripe suit) surprised McGregor and his partner Dee Devlin with a three-piece-suit specially designed for their baby.

Would you just look:

Waking up this morning to see the photo I took of Conor and his little boss baby is trending at #1 on Reddit! Not that I'm surprised. Look at that suit! David August made it especially for Conor Jack and turned him into the most adorable mini me. Link to the New York Times article in my bio. See more photos on my website in the "Portraits" gallery! Emilywilsonphotography.com. . . . @nytimes @thenotoriousmma @davidaugustclothing @reddit #thenotorius #conormcgregor #mayweathermcgregor #fightweek #ufc #mma #menwithclass #menswear #dapper #fashiondesigner #suit #portrait #pursuitofenergy #energyseeker #liveauthentic #photographer #inspiration #documentarian #theproject #pursuitofpotraits #lasvegasphotographer #behindthescenes #editorialphotography

Wilson, who photographed McGregor for the New York Times, also captured baby McGregor being fitted for his new look. He is quite the mini-me.

In a re-cap about the photoshoot, Wilson said she "learned that Conor is a family man with starry eyes for his girlfriend and in constant awe of his three-month-old baby boy. It is always so impressive to be in the presence of an athlete, the next-level dedication and commitment is [palpable]."