Celtic Thunder is set to play a special St. Patrick's Day show at The Cutting Room in NYC this Thursday, March 17. 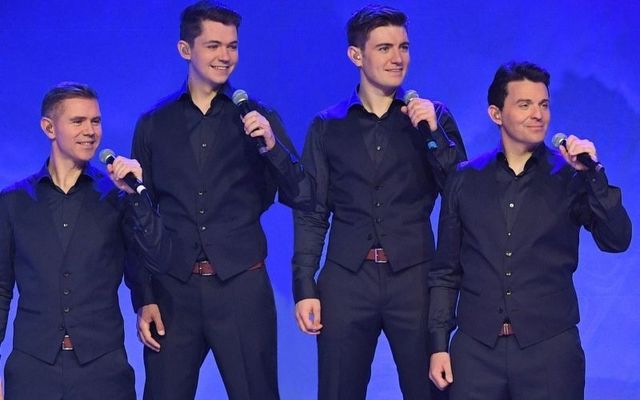 Celtic Thunder is set to play a special St. Patrick’s Day show at The Cutting Room in New York City on Thursday, March 17 at 7 pm.

Tickets are now on sale for the group's special St. Patrick’s Day show, "An Evening with Celtic Thunder," which will feature Celtic Thunder's most popular Irish and Celtic songs of the past decade, as well as some never-before-heard new tracks.

Join Celtic Thunder IN PERSON this Saint Patrick's Day - March 17th 2022, in the intimate setting of The Cutting Room at 7:00 PM in New York https://bit.ly/3i4QZV2 Celebrate Saint Patrick's Day in style with our most popular IRISH and CELTIC songs of the past decade, with some new tracks never heard by the public before. A great night out with loads of fun to be had by all!

In 2007, producer Sharon Browne filmed the first-ever Celtic Thunder show at the Helix in Dublin, Ireland. The concept was to feature a group of men from Ireland and Scotland, who range in age from 21 to 42, and feature songs that celebrate a common Celtic heritage.

The resulting show included an eclectic mix of songs ranging from traditional to international hits and some original pieces along the way. The current cast of Celtic Thunder is made up of diverse performers, Ryan Kelly, Neil Byrne, Damian McGinty, and Emmet Cahill.

The members of Celtic Thunder are each a powerhouse in both their solo and ensemble songs. Ably backed by the dynamic Celtic Thunder Band, their shows are known for the use of dramatic effects of lighting and choreography as well as a stage set resembling an ancient stone pathway suggestive of those referenced in Celtic lore.

By the end of 2022, Celtic Thunder will have toured the US and Canada, coast to coast, fourteen times, Australia four times performing over 1000 shows to date to millions of fans. Celtic Thunder has also undertaken 4 Entertainment Cruises in the Caribbean, each one transporting over 4,000 fans on a 4-day musical extravaganza.

The Celtic Thunder official YouTube channel “Thunder Tube” has received over 100 million views since its inception in 2008 and has 325,000 active subscribers. Celtic Thunder also has over 887,000 followers on its official Facebook page.

You can learn more about Celtic Thunder on the group's website.