"The Banshees of Inisherin," the newest movie from Irish director Martin McDonagh, looks to be a stunner judging by first-look pictures published this week by Vanity Fair. 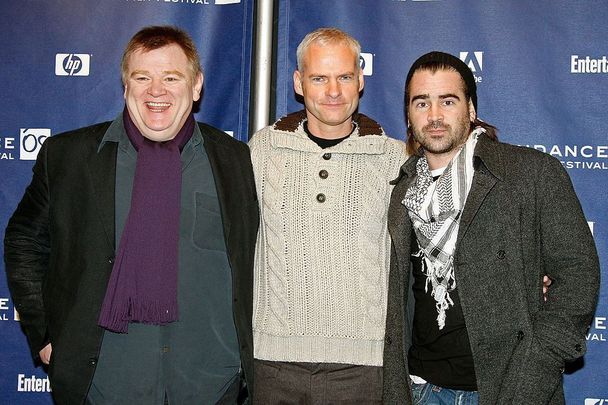 "The Banshees of Inisherin," starring an all-star Irish cast of Brendan Gleeson, Colin Farrell, Barry Keogh, and Kerry Condon, is set to hit theaters this October.

“Two lifelong friends find themselves at an impasse when one abruptly ends their relationship, with alarming consequences for both of them," Searchlight Pictures says in its brief description of the film that was filmed in Ireland.

“I wanted to tell a breakup story,” director Martin McDonagh told Vanity Fair in his first interview about the new movie. “This is about things getting inexorably worse from a simple, sad starting point.”

‘The Banshees of Inisherin’ holds many surprises—and marks a notable change of pace for the Oscar-winning writer-director.

Vanity Fair notes that the new film represents a "kind of homecoming for its writer-director, both literally and figuratively: It’s the first feature McDonagh has shot and set in his native Ireland, and it’s an intimate character study that recalls the early-career plays with which he made his artistic mark.”

Speaking of the style of the film set on the fictional island of Inisherin, McDonagh said: “I wanted it to be as beautiful as possible. To aim for beauty and for cinema. Because if you heard of a story of two guys grumbling at each other, and you didn’t have the epic kind of beauty, it might get a little tiresome.”

He added: “I’ve seen a lot of UK and Irish films that don’t seem to aim for the cinema as their number one choice.”

The film sees McDonagh reunite with his "In Bruges" stars Colin Farrell and Brendan Gleeson.

“I wanted to make something that someone who likes ‘In Bruges’ would go with," McDonagh said, "but that could be a little more, at least at the outset, odder or weirder—and definitely something different.”

Fear not, the film is still singularly McDonagh: teetering between comedy and tragedy, propelled by colorful dialogue, and underscored by a subtly escalating tension. “It’s just aiming for the truth and hoping for the best,” he tells V.F.

Of working again with Gleeson, Farrell said: "The pendulum swings wide with Brendan, from the tenderness that he’s capable of to the godlike wrath that he can exude if needs be. He’s always digging, always asking the big questions.”

"The Banshees of Inisherin" is scheduled to have its world premiere at the Venice Film Festival in September, followed by a theatrical release in October.