Based on the true story of the 2018 Thai cave rescue, the Dublin star will star alongside Joel Edgerton and Viggo Mortensen in "Thirteen Lives". 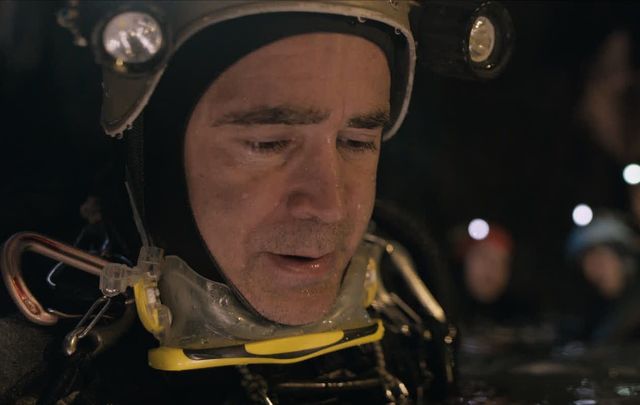 Co-starring Joel Edgerton and Viggo Mortensen, "Thirteen Lives" is the dramatic retelling of the successful true-life rescue mission of a group of young Thai students who got trapped in an underground mountain cave.

When the twelve boys from a local Thai soccer team and their coach went swimming in the Tham Luang cave an unexpected rainstorm trapped them in a chamber deep inside the mountain. Entombed behind a maze of flooded cave tunnels without supplies and with oxygen fading fast the boys face impossible odds.

But as the new film shows with the help of the world’s most skilled and experienced divers, what follows is a truly harrowing rescue mission (if you have claustrophobia "Thirteen Lives" is going to feel like a horror film at times).

Farrell stars as John Volanthen, the real-life British cave diver who specializes in tough rescues through the British Cave Rescue Council. In 2018, the real Volanthen played a leading role in the Tham Luang cave rescue when all hope seemed lost to save the lost boys.

Later the low-key British man refused all media attempts to turn him into a hero, although he admitted he helped locate the missing team and was among the first to make contact with them.

Under the surface poor visibility, cave debris and low temperatures were all obstacles to the rescue effort. But the enterprising Volanthen placed guidelines along the caves to assist others to navigate it successfully.

The rescue was down to pure luck. After Volanthen ran out of rope line he swam to the surface and found the missing team and the adult coach staring back at him. “How many of you are there?” he asked. All thirteen missing people were accounted for they replied.

Although the divers did not have any food to offer when they first encountered the missing students, they did give them a light and promised to come back, but this time delivering food too.

This summer the epic tale of their terrifying ordeal and rescue will be told in a big-budget action thriller with Farrell playing the limelight-evading hero that the world needs now. "Thirteen Lives" will be released in theaters on July 29 and on Amazon Prime Video streaming on August 5.