Happy Birthday Colin Farrell! Let’s celebrate with our choice of his best movies

Dublin native Colin Farrell has starred in some extremely popular movies during his stellar career - here are some of our favorites! 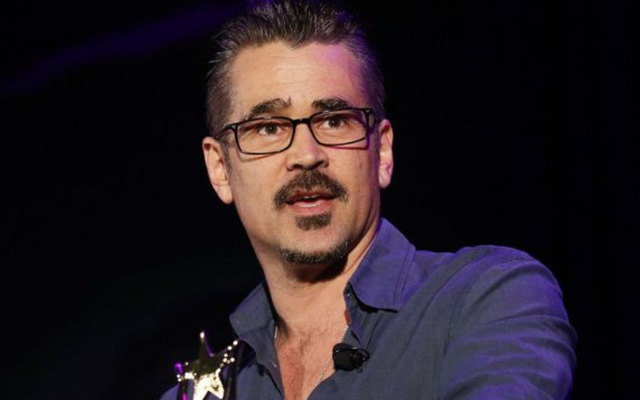 Hollywood star Colin Farrell celebrates his birthday today! He is easily one of Ireland's most talented and best-known exports to the world of cinema and television.

The Dublin star was born on May 31, 1976, and is one of the most versatile actors in the business, starring in every genre of film from comedy to drama to action flicks.

The sometimes controversial actor is one of the most popular actors to emerge from Ireland and he's made all the more endearing by the fact he comes across so genuine and down-to-earth.

It is Farrell's starring roles in a number of excellent movies, however, that have made him the household name that he is and so we thought we'd compile some of our favorite Farrell films.

Without further ado, here are some of Colin Farrell's best performances and most popular movies:

The Dublin actor co-stars alongside Brendan Gleeson, perfectly blending comedy and drama in a stellar performance.

Gleeson and Farrell play two hitmen bizarrely on the run in the Belgian city of Bruges there are moments of side-splitting laughter and utter shock aplenty in this absolute masterpiece.

It's Not Yet Dark tells the groundbreaking story of Simon Fitzmaurice, a talented young Irish filmmaker with ALS (MND), as he embarks on directing his first feature film through the use of his eyes and eye gaze technology.

Colin Farrell narrates the film, giving poignancy to Fitzmaurice's own words in a touching documentary that is not to be missed.

In The Killing of a Sacred Deer, Farrell plays Dr. Steven Murphy, a renowned cardiovascular surgeon, who takes teenager Steven, played by Irish actor Barry Keoghan, under his wing.

The psychological thriller, directed by Yorgos Lanthimos, was nominated for the Palme d'Or at the Cannes Film Festival in 2017.

One thing is for sure, Colin Farrell looks like he had a lot of fun playing one of the titular 'horrible bosses' in this raunchy comedy that debuted in 2011.

In Horrible Bosses, Farrell stars as Bobby Pellit, who becomes the boss when his much-loved father suddenly passes away.

Set in contemporary Chicago, amid a time of turmoil, four women with nothing in common except a debt left behind by their dead husbands' criminal activities, take fate into their own hands and conspire to forge a future on their own terms.

Colin Farrell stars as Jack Mulligan, a politician who is mixed up in the widows' plan and is one of the shining lights in the hit film.

Farrell stands out in a supporting role in the hit movie, starring as Tommy Sweet, a popular and successful country music star who forms a professional relationship with Blake.

Farrell again stars in the role, once more displaying his versatility on the silver screen.

In a future where a special police unit is able to arrest murderers before they commit their crimes, an officer from that unit is himself accused of a future murder.

Directed by Steven Spielberg, the film was one of the early breakthroughs in Farrell's acting career, setting him on a path to superstardom.

Without a doubt the most bizarre movie Farrell has featured in, the Dublin actor once again steals the show in this black comedy.

In a dystopian near future, single people, according to the laws of The City, are taken to The Hotel, where they are obliged to find a romantic partner in forty-five days or are transformed into beasts and sent off into The Woods.

Farrell plays David, a single man desperately trying to find love and prevent himself from being turned into a lobster, and puts in one of the standout performances of his career.

Fantastic Beasts and Where to Find Them (2016)

Graves is The Director of Magical Security at the Magical Congress of the United States who stops at nothing to apprehend Newt Scamander, the film's protagonist.

Farrell plays the role brilliantly, making the perfect villain in the first installment of the new magical franchise.

What's your favorite Colin Farrell movie? Let us know in the comments, below!

On This Day: Oscar Wilde and Constance Lloyd are married in 1884