"He literally saved Christmas for my children and I! Yesterday was the day I met Santa!” says Trisha Murphy. 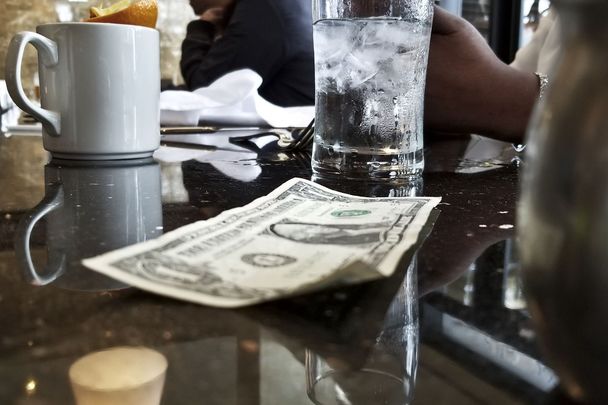 Instead of the usual 20%, the customer had given her $500! NeedPix / Public Domain

On December 16, 2017, Trisha Murphy’s car had to be towed all the way to Bangor and so close to Christmas the cost of $735 was hard to swallow.

Read More: Christmas miracle for cancer-struck Irish families with thanks to anonymous donations

The single mom has four kids aged 13, 11, nine, and six and spends on average 50 to 60 hours a week working to provide for her family. She also spends 18 hours studying to become a nurse and sometimes picks up odd jobs cleaning and painting too.

She considered asking work for a few extra shifts but she would have had to pay for a sitter. Regardless of how bleak her mood was, she went to work and was determined to smile as if it was just another day.

“Work was terribly dead and I thought for sure, I was screwed! I got this table, three men. They all looked a little grungy and judging by their demeanor, I figured an average tip.”

Read More: Irish waitress gets $2,500 tip from "guardian angel" for trip to Mayo

Without much hope of getting a big tip, it looked as though Christmas time there would be little cheer for the Murphy clan. But then something unexpected happened.

“When I gave him the bill, he told me I had to cash him out. I let him know that the hostess does that. He insisted I go to the register and cash him out. I thought it a little odd, but obliged anyway. When he put his card in, he had a huge, ear to ear, smile. The receipt printed and I almost collapsed!”

“I looked up at this grungy looking man, my face as white as snow, and tears in my eyes. He just smiled again and said "Merry Christmas dear", and almost danced out of the restaurant. He came back in to make sure I didn't have a heart attack. I still might! I don't know this man's name, but I hope he realizes that he literally saved Christmas for my children and I! Good people do still exist. Yesterday was the day I met Santa!”

"Now I'm able to spend the money I'll make this week on gifts for the kids," Trisha told CBS News.

"I don't have to stress about giving them a Christmas. I'll be able to spend more time with them than if I had had to work extra shifts to cover the deficit.

"He literally saved Christmas for my children and I. There are still genuinely good people in the world still. This man had never met me before, knew nothing about me, and did something that generous. I can't even fathom it, still."