Irish waitress gets $2,500 tip from "guardian angel" for trip to Mayo

This is the second time the same Illinois family has made it possible for this Mayo girl to go home. 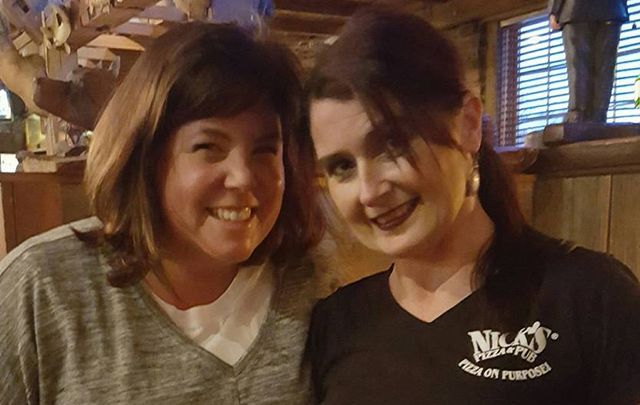 Irish waitress Imelda Murphy Sprenger hasn’t made it back home to Co. Mayo for a visit in over five years. Nick's Pizza and Pub/Facebook

Irish waitress Imelda Murphy Sprenger hasn’t made it back home to Co. Mayo for a visit in over five years, but thanks to the kindness of a customer she’s now $2,500 richer.

The Ballinrobe native and long-time Illinois resident works as a waitress in Nick’s Pizza & Pub and it was there that her friend Kim sat her down.

“Kim gave me this envelope and I’m like, ‘What’s this?’ and she said, ‘Oh, this is from your guardian angel’ and she goes, ‘I’m serious’ and she was very serious. And my legs started to wobble.

“I read in the letter, it was like this beautiful butterfly card, it said, ‘Imelda, here’s hoping this helps on getting you back to Ballinrobe in 2017.’

“And the most beguiling thing about this is no one knows where I live. And then she wrote, ‘Cheers.’ That was it.”

Imelda gets a $2,500 surprise from a Guardian Angel tonight!  The magic continues "on purpose "! 👏💖 pic.twitter.com/IpzKVXZ6ez

Apparently, the mystery tipper was served by Imelda in the restaurant a few years ago.

“I guess a couple of years ago, this lady was at Nick’s. I took care of this lady and her family.

“I don’t know, but she remembered me for some really odd reason and I stood out and I guess made an impression or whatever.”

And it’s not even the first time the generosity of Imelda’s customers have helped her get home to Ireland.

A few years ago, a few regulars – including Kim’s father – gave her $1,000 so she could fly back for her sister’s wedding.

Now she has the chance to see her family again in her hometown for the first time in five years.