From foxes to friends! Co Kilkenny man Patsy Gibbons went viral for his collection of pets. 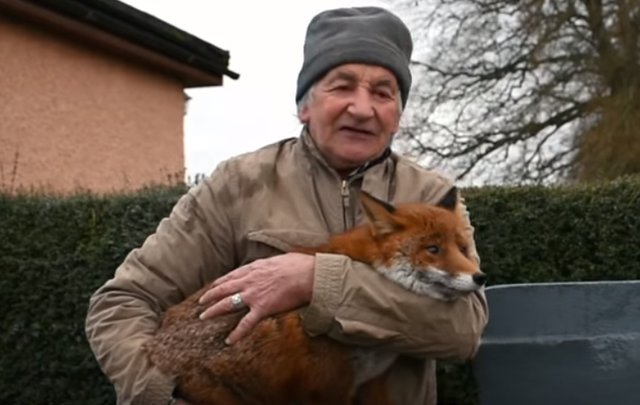 Patsy Gibbons and one of his foxes. Fiona Aryan/YouTube

Three foxes, 28 hens, 12 ducks, two dogs, and two cats may sound like a recipe for disaster but for one Co Kilkenny man, it simply describes the wonderous collection of pets he's brought together in his home.

Patsy Gibbons rescued foxes and through his love and care, they became his firm friends, turning Gibbons into something of a viral sensation when images of his fox friends made the internet back in 2014.

Gibbons first rescued the eldest fox Gráinne in 2007 when she was found in an old box looking for heat.

Many take retirement as a time to try something different, Patsy Gibbons went into looking after foxes & joins Anton pic.twitter.com/9volArixmE

“I never set out to have pet foxes. It just happened. I ended up looking after Gráinne since she was only seven-weeks-old. My brother-in-law found her in a box looking for heat in a storeroom close to Columba’s Hospital in Thomastown," Gibbons told the Irish Examiner back in 2014.

“My brother-in-law said we should try to do something as she was so thin. I took her to the local vet and so I just continued on caring for her and haven’t stopped."

Patsy Gibbons and his touring foxes > "I never set out to have pet foxes. It just happened" https://t.co/ZKCUCXK8pc pic.twitter.com/snJTjFUsE3

Gráinne was later joined by Minne who was brought to Gibbons by a local woman as a one-month-old pup. Lastly, Henry, named after Kilkenny hurler Henry Shefflin, completed the trio after he was attacked by a dog and brought to Gibbons to recover.

“I now have people from all over the country and indeed the UK asking me for advice on looking after foxes. I’m no expert and I’m still learning from them day-by-day. I’m happy to advise as a layperson,” he added.