The amazing dog who saved a seal pup in Co Cork

Zoe, a German Shepherd, came to the rescue when she alerted her owner about a seal pup in distress in Co Cork. 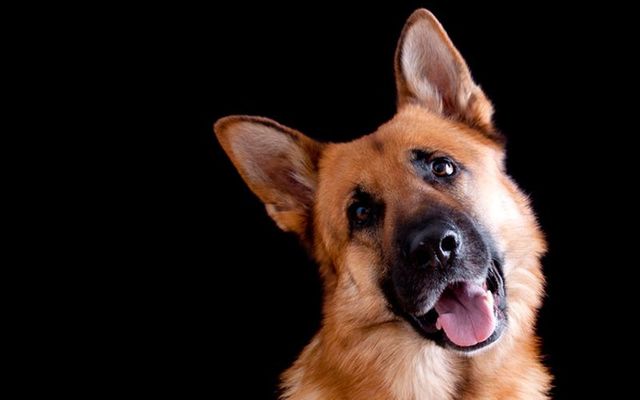 A remarkable dog helped rescue a seal pup trapped in a fishing net in Co Cork.

Last week, Olan Long from Weavers Point in Crosshaven, Co Cork was out walking his German Shepherd Zoe, when the dog alerted him that something was wrong.

"I live myself literally on the cliff here down on Weavers Point overlooking the beach. We were going for a walk and we were going to go across the beach but the tide was quite high so I decided I’d go right, over the rocks,” Long told EchoLive.

"I was heading over along and I heard Zoe barking. I called her and she came running towards me barking, then she ran back again and I was telling her to come on - I wasn’t taking any notice really. So she got up on this rock and I shined the torch on her and she just started crying. She was like a child that had just broken down crying."

Long realized something was not right.

"My first thought then was that someone had fallen over the cliff. Zoe led me over to the spot and it was actually a seal pup nestled between a rock and a ditch. I would never have seen it, had it not been for the dog. The seal had rope around its neck and it had fishing net around its body."

While not surprised by his dog’s intelligence, Long was amazed by her empathy to the seal pup.

"Zoe actually lay down next to the pup and put her two paws out and her ears went back.  When her ears went back I realized, wow – she has massive empathy for this pup. The pup started to gravitate towards the dog, started to shift over towards her. I presume the pup was looking for a mother figure or something like that," he said.

Long ran back to his house to get something to free the seal pup while Zoe remained at the gate.

ATTENTION: Grey Seal Pup Alert! (Please Share!) A timely reminder that if you are out on beaches over the coming months...

"She understood the urgency of the situation," he said. “By the time I returned, Zoe was sitting patiently next to the seal, ears back. I was worried about the rope around the seal pup’s neck – that was my main concern."

Long was able to remove the rope from around the seal's neck, but there was still fishing net around it.

"There was no way I could have gotten that fishing net off myself because it was so badly tangled and I only had a small scissors," he said.

He posted for help on Crosshaven Noticeboard on Facebook, and offers of help quickly began to come in.

Someone got in touch with Seal Rescue Ireland, who said they would send a volunteer.

"In the meantime, I had to go somewhere and I got my friend, Billy Kennedy, who is a neighbor of mine, he came down with his partner and minded the seal until the volunteer from Seal Rescue Ireland came and freed the seal," said Long.

"I went down in the morning then to check that the seal pup was gone because the Seal Rescue were explaining to us to leave the seal there, that the seal’s mother would come and find it, which is obviously what happened overnight.”

According to the Irish Examiner, Seal Rescue Ireland confirmed they sent a volunteer to the scene, who was able to safely remove the entanglement from the seal.

Seal Rescue Ireland said: "We're grateful for all the coordinated efforts of the many people who contributed to helping this seal, and especially to Olan and his dog Zoe who are the heroes of this story for finding it.”

Long adopted Zoe from Animal Rescue Cobh in August 2019 and although it took a bit of work to settle the dog when he first adopted her, she is now part of the family.

“We’re getting rewards now a thousand times over. She's amazing."