Top Irish names for your dog

Fancy an Irish name for your four-footed friend? 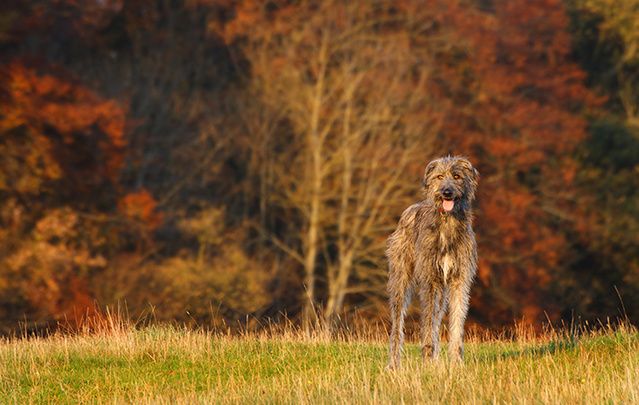 Fancy an Irish name for your four-footed friend? Getty images

Fancy an Irish name for your four-footed friend? If you have a drop of Irish in you it should be considered no matter what breed the canine is. Here’s our shortlist of the top Irish dog names:

Name of great Irish warrior Fionn Mac Cumhail’s dog, who was actually his nephew turned into a hound by a sorcerer. There is a long history of calling Irish wolfhounds, Bran.

The second dog of famous warrior Fionn Mac Cumhail, who was also his nephew.

Cúchulainn was the greatest Irish mythical warrior. He got his name from slaying a dog owned by the blacksmith Culainn, which was threatening to devour him. Cúchulainn offered to become the man’s watchdog and the name Cúchulainn (Ku-Kullen) stuck.

Goddess of war in Celtic mythology, yet a noble creature. Female Celtic hounds were often named after her.

Want to be part of the cool political set? Both Bill Clinton and Mitt Romney had, and in the case of Clinton have, dogs named Seamus, which means James in English.The Clintons have three dogs and fond memories of another, Buddy, who passed away. Bill Clinton said it was his worst day since he left the White House.

After "Finian’s Rainbow," which played for 725 performances during its first time on Broadway. It’s about an Irish family seeking their crock of gold in America.

Conan is the name of a saintly Irish monk who helped spread Christianity after the Dark Ages. He became Bishop of the Isle of Man. In Ireland, the name is a popular one for dogs

The Irish (Gaelic) word for dog. Variations of it are found all over the Celtic languages and countries. Madra (Mod-Rah) is most common in Ireland.

Literally means hound and used to mean dog as well in Irish. One of the most famous figures in Irish mythology was, again, Cúchulainn.

Called after one of Ireland’s tallest mountains, in County Kerry – beautiful, wild scenery.

Celebrating the US presidents with Irish roots and connections