A Cork man broke both his legs after jumping from a third-story window after mistaking his date's male housemate for her boyfriend. 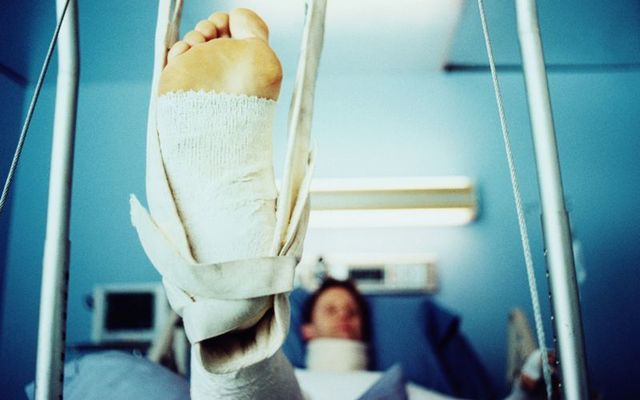 A man from Cork broke both his legs after jumping from a third-story window because he thought his date's boyfriend had come home. Getty

A Cork man broke both his legs after jumping from a third-story window when he mistakenly heard his date say that her boyfriend had returned home.

The woman, who was talking to her male housemate after he returned from a walk, heard a massive bang outside the house and found her date crawling on the pavement away from the house.

"He said that he thought it was her boyfriend that had arrived home and that he had panicked, he couldn't walk after the impact, we made him stay put and phoned an ambulance, as I'm honestly amazed he escaped that drop and wasn't even more seriously injured," the male housemate told Cork Beo.

The housemate told Cork Beo that the man was placed in a neck brace in case he had suffered serious injuries during the fall, adding that he contacted the woman the following day to reassure her that everything was relatively fine - and to ask for a second date.

"They put him on a stretcher with a neck brace in case he did have serious injuries. He got in touch with my roommate the next day to say that he was okay and even asked for a second date, we later found out that his legs were broken," the housemate said.

Cork Beo reports that the man is currently in a stable condition in hospital following the fall. He has broken both of his legs and is currently focusing on his recovery.

At it again! BBC apologizes for claiming Irish Paul Mescal as British