Irish Tenor Ronan Tynan proved himself to a be a hero when he rushed to the scene of a car accident and tried to rescue the driver. 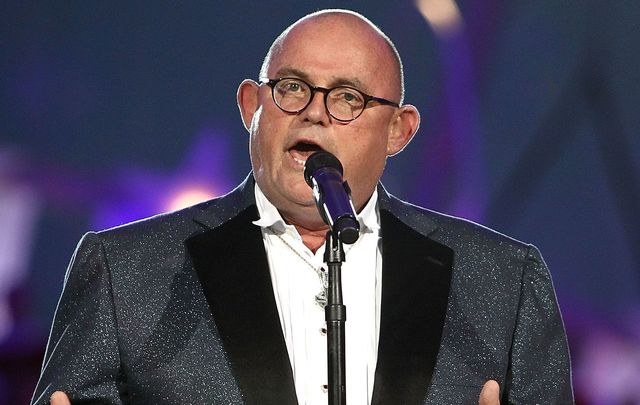 Ronan Tynan, who sang for George H.W. Bush in the former president's final hours last week, displayed pure heroism when he happened upon a 2002 car accident near Cape Cod.

Tynan, who was raised in Co Kilkenny, was in Massachusetts for an upcoming performance in May 2002 when the car he was a passenger in became ensnared in traffic due to a nearby accident.

Keith Cirigliano, 34, had lost control of his truck and slammed into the road’s median, causing his truck to flip over several times before landing in a ditch alongside the road.

Tynan told The Cape Cod Times: “We noticed a man coming across the road. He said ‘We can’t find the driver.’”

Tynan got out of his car and joined several other passersby in rushing to the scene to help.

Among those helping was former emergency room nurse Maryann Mazzeo, who said people began to search through the woods where the truck landed in hopes of finding the driver.

The searchers soon realized, however, that the driver was pinned underneath the flipped-over truck.

“I ran over with gloves and my stethoscope,” said Mazzeo.

“We couldn’t get a pulse on his wrist. Six men lifted the truck up and this one guy took my stethoscope and crawled right under.”

“I was standing six inches away saying ‘Hold on to that truck, we may have one person dead. We don’t want two.’”

Turns out the brave man who crawled underneath the truck was none other than Tynan. Aside from being a talented singer, Tynan is also a qualified physician having graduated from Trinity College in Dublin.

“He tried, but there was just nothing,” said Mazzeo of Tynan's heroic efforts. “He crawled out from under the truck and the others let it down gently. There was nothing we could do to help.”

Tynan told the Cape Cod Times: “I saw the man’s hand under the wheel and noticed its pallor.”

“There were many people there,” Tynan said. “That’s what’s so great about Americans. They’re always willing to help. It’s the spirit of this nation.”

Afterward, Tynan’s publicist Kathleen Mullins said: “It is very much within his character to help people - that’s who he is.”

“He has an apartment in Manhattan and since September 11, if anyone associated with that has asked him to perform or talk - he does. He’s been constantly busy doing that sort of thing.”