Remembering Irish tenor John McCormack on the anniversary of his death

John McCormack, the famous Irish tenor from Athlone in Co Westmeath, died on this day, September 16, in 1945. 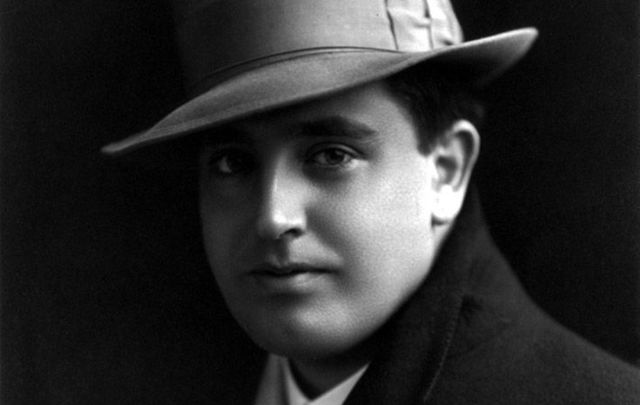 Count John McCormack, one of the world's most famous tenors. Wikimedia Commons

John McCormack, the famed Irish tenor, sadly passed away on this day, September 16, in 1945.

In tribute to one of Ireland's greatest singers, we remember the story of McCormack's choirmaster, who immediately saw his talent and went out of his way to make the Westmeath man one of Ireland's stars. Without him, the talented tenor could have ended up as an excise officer:

“Why are you trying to turn my son’s mind off studying for his excise examination?” an irate father in the Irish midlands said to the local choirmaster.

The choirmaster was convinced he had unearthed an incredible talent, but his toughest job was convincing the boy’s family.

The boy in question was 16-year-old John McCormack, destined to be the greatest Irish tenor of all time.

“Do you not know, that if my son passes this civil service exam, he will commence work at £120 per annum?”, the skeptical father said.

This conversation took place in 1900 in Athlone, a town in the center of Ireland. The choirmaster replied that he had repeatedly heard artists sing who were paid as much per concert as John would receive in his first year as a civil servant.

“And most of these singers do not possess voices half as good or as pure as your young son,” the choirmaster informed Mr. McCormack. John McCormack‘s father laughed derisively at this and hurried back to work in The Woolen Mills – a large factory in Athlone. His son, a world-renowned tenor? Ha! Some hope. A safe civil service career was a much better bet.

It was here that Michael Kilkelly first encountered the young John McCormack. He immediately recognized his enormous potential and set about encouraging him to have his voice properly trained.

Michael Kilkelly worked tirelessly behind the scenes to see that this might be achieved. He approached many people hoping to get advice and assistance. Below, is just one of the many disappointing replies he received:

Dear Mr. Kilkelly, I received your letter referring to the possibility of doing something for your friend. I have made some inquires but have not got sufficient information. A gentleman of grand position in musical circles here has promised to think over the matter and let me know the results of his inquires and thoughts. There are now no free scholarships in The Academy so other means should be found to assist his studies.

Mr. Kilkelly continued to tutor and encourage young John. His sister, Kitty Kilkelly, wrote, “He would come to our house and try out his solos and other songs. He was tall and thin then, his hair thick and wavy on top. He would listen to all my father had to say, especially about famous singers.”

In 1903, John McCormack finally came to the attention of a leading musical figure in Dublin, Dr. Vincent O’Brien. Under his tutelage John, aged 19, went on to win a gold medal at The Feis Ceoil, a national music festival.

This was the turning point in his career. Those who heard him sing also recognized his enormous potential and the absolute necessity of having his voice trained. Large and influential committees were formed in Dublin and Athlone to raise funds. Below is a copy of the letter sent to Athlone’s townsfolk from Mr. Kilkelly:

In order to offer J. F. McCormack the necessary means of having his voice trained at Milan, it is earnestly desired that his forthcoming Benefit Concert will be sufficiently patronised.

The committee hope that you will cooperate in making the coming concert successful beyond ones, as the expenses of Mr. McCormack’s training will be very considerable.

Your kind patronage is therefore requested, and should any pre-arrangements prevent your presence at the concert, perhaps you would kindly take some tickets. By doing so you will kindly assist in the object which the committee is assured will be a source of proud satisfaction to Mr.McCormack’s townspeople.

These fund-raising activities were very successful and enabled John McCormack to travel to Italy in 1905. The rest is history.

John McCormack went on to conquer the world, becoming one of the most popular singers of the first half of the 20th century. He sold out venues all over America. When he came to any large city, he was greeted by their most famous residents, such as Detroit’s Henry Ford. In 1929, he was paid $500,000, an incredible sum at the time, to appear in a stage-Irish film entitled “Song O’ My Heart.”

At various times McCormack had an apartment on Park Avenue, a farm in Connecticut, and a home in the Hollywood Hills. But despite his nearly global reach, John McCormack never forgot where he came from. Irish songs were always his favorite. As the first ‘mega star’ he became fabulously wealthy and hugely famous with a global audience.

McCormack was much honored and decorated. In 1928, he received the title of Papal Count from Pope Pius XI in recognition of his work for Catholic charities and henceforth became known as Count McCormack. He was an incredibly bright star for Ireland in grim times. He was, according to one account, “the best-paid concert singer in history.”

Many years later, Mr. KilKelly wrote, “whilst John was making his second tour of America, a Mr. Cronin, who was a Railway Engineer, visited me. He expressed a wish to see Athlone Woollen Mills. Whilst going through the factory, we came to the department where Mr. McCormack was writing at his desk.

“As Mr. Cronin was an enthusiastic admirer of John, he asked to be introduced to his father. During the conversation, I reminded Mr. McCormack of our former unpleasant conversation regarding John’s early prospects. Mr. McCormack frankly acknowledges that he was very wrong in the matter of John’s future career.”

Full credit is due to Mr. Michael Kilkelly – John’s first choirmaster. Had he not spotted the young boy’s potential, John McCormack may have become an excise officer instead of one of the most famous tenors of all time.