Harry Byrne, 13, is being remembered fondly by his local community in Co Kilkenny who is "in bits" after the freak hurling accident. 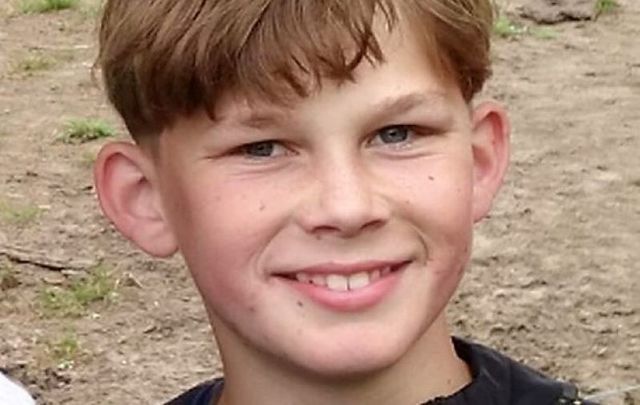 Harry Byrne died on November 9 after a hurling accident at his school, St. Kieran's College, in Co Kilkenny.

Harry Byrne, 13, died on Tuesday, November 9 after being struck by a sliotar (hurling ball) while playing with friends during lunchtime at St. Kieran's College in Co Kilkenny on Monday, November 8.

Byrne was rushed to St. Luke's General Hospital after being struck by the sliotar on Monday but tragically died on Tuesday.

A funeral for Byrne will be held this Friday, November 12 in Gowran, Co Kilkenny.

St. Kieran’s College said in a statement on Tuesday that it “deeply regrets that a tragic accident happened at lunchtime yesterday (Monday) involving a young student of our school.

"The accident occurred while the students were playing normally. This is a terrible tragedy for his family, friends, parish, and all in our school community. You will understand the need for privacy at this time.

"Prayers and offers of support have been pouring in and are greatly appreciated."

The statement added: "Psychologists from the National Educational Psychological Service are present with us in the school supporting and advising teachers in their efforts to care for our students at this time.

"The school continues to be open to parents, to support them and to offer them advice and guidance.

"Each and every one of our students are precious to us – we pray for each other today – May St. Kieran be a support at this time."

Young Irelands GAA club said in a statement on Facebook: “Harry was a much valued member of the U13 team who completed a back to back league & championship double this summer.

“With his bubbly, fun loving personality Harry had developed into a real leader for the group, giving his all every time he played and always had an encouraging word for his teammates. His sad passing leaves his teammates, management, and our wider community devastated. “

In another tribute shared on Facebook, Bridge United AFC, where Byrne played soccer, said: “It is with a very heavy heart that we learn of the sad passing of u14 squad player Harry Byrne.

“Harry started playing soccer with us when he was under 8 playing outfield then upfront. At u12 Harry developed an interest in goal where he proved to be very successful with a great pair of hands. He was an energetic player and never lacked enthusiasm.

"Harry was very popular with his fellow teammates and will be sadly missed by us all. We offer our deepest condolences to his mam Annette dad Fergal brothers Jake, Sam and sister Aimee, wider family and friends."

It is with a very heavy heart that we learn of the sad passing of u14 squad player Harry Byrne. Harry started playing...

He added: “He was one of those kids that was always friendly, all the boys liked him. It’s so tough at the moment.”

“It’s awful, awful. It’s so tough on all the kids. I just can’t get my head around it, we’re all in bits. My heart to goes out to the parents and to his brother and sister. The news is so desperate.” Hynes said the football club will do all it can to support the kids.