Conan O'Brien uses his iconic brand of humor to encourage swing state residents to register to vote ahead of the US presidential election. 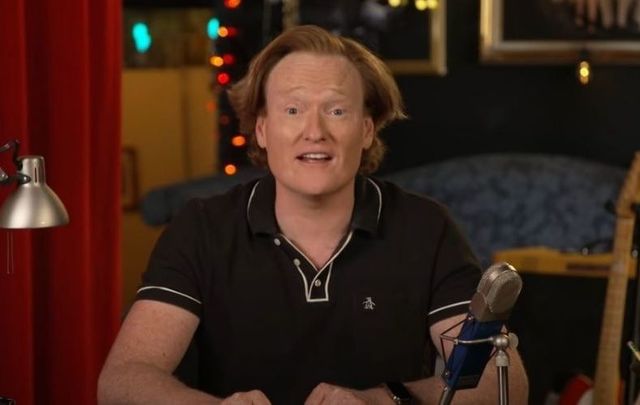 Conan O'Brien wants to make sure you're registered to vote for the US presidential election. Team Coco, YouTube

For those who don’t know - a swing state is a state that has similar levels of support for both of the major candidates in the US presidential election, meaning it could 'swing' either way.

Declining to throw his support to any major candidate, O'Brien simply encourages residents in Florida, Arizona, and North Carolina to register to vote ahead of each state's voter registration deadline.

Not surprisingly, the brief videos are jam-packed with state-centric gags.

The hilarious videos with a serious message were shared on O'Brien's Twitter beginning on September 29:

I recorded a series of PSAs about the swing states. I hope they make you laugh, and I hope they encourage you to hit the polls on November 3rd. First up, Florida...

He then shared his PSA for Florida:

Hey Florida! The voter registration deadline for your state is coming up on 10/5. Register and learn more now @ https://t.co/zbQhrUOZkQ pic.twitter.com/b439L4S8br

Followed by Arizona, on October 1:

Arizona! It's time to put down those crystals and register to vote. Learn more @ https://t.co/Fmqv65HpgQ pic.twitter.com/EhQ37gPs4D

And then North Carolina on October 5:

O’Brien’s PSAs were in conjunction with When We All Vote, a non-profit, nonpartisan organization that says it is “on a mission to increase participation in every election and close the race and age voting gap by changing the culture around voting, harnessing grassroots energy, and through strategic partnerships to reach every American.”

In the days before he released his first PSA, O'Brien teamed up with former first lady Michelle Obama to "Zoombomb" young people who are volunteering with When We All Vote: