Conan O'Brien got a crash course in all things Irish during a visit to the Irish American Heritage Center in Chicago. 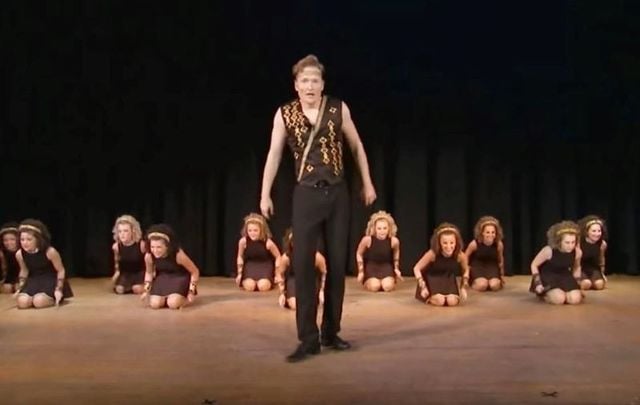 Conan O'Brien got in touch with his Irish roots during a visit to Chicago's Irish American Heritage Center. Team Coco, YouTube

Conan O'Brien paid a visit to the Chicago Irish American Heritage Center back in 2012.

Conan O'Brien visited Chicago’s Irish American Heritage Center to get in touch with his Irish roots back in 2012.

During his tour of the Center, which features not one, not two, but six bars in the former elementary school, O'Brien was treated to a lesson from the world-renowned Trinity Irish Dancers, where he learned firsthand just how difficult the traditional art form can be.

Still, that didn’t stop O’Brien from donning a Michael Flatley-inspired ensemble and joining some of the professionals on stage for a brief performance. The show nearly went over without a hitch, at least until O'Brien accidentally kicked an Irish dancer in the face.

O'Brien later invited the talented group of Irish dancers to perform in front of his live studio audience where they were met with rousing applause.

Check out the hilarious video here!