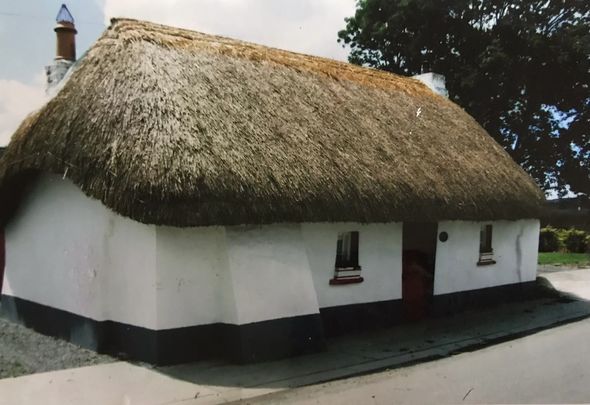 A local group hopes that this Irish thatched cottage can be opened as a museum if it can be repaired and restored to its former glory.

The friends of the current owners of Phil Barron's House, in Clogh, County Kilkenny, have launched a GoFundMe campaign in an effort to save the old thatched cottage in the hopes of creating a museum in this historic building.

On their GoFundMe page, Sophie wrote "Since thatched cottages are one of the most demanding architectural buildings to maintain in comparison to a tiled roof. This house is very much loved and cherished by the family and has never been neglected. During the years when the thatched roof repairs could not be afforded, the owner continued to shelter the roof with covers. It's also important to note that Ireland's damp climate, storms, and 'major weather events' — according to Met Éireann — over the last few years have sped up the decline in the quality of the thatch. " 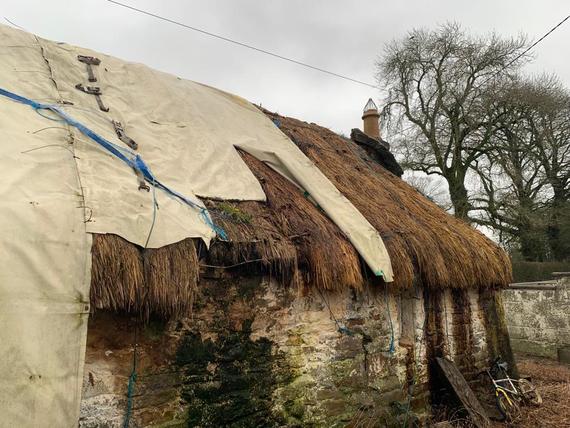 "Since the years have not been kind to this little old lady, we are seeking funding to restore this piece of Irish heritage back to its former beauty. The goal is to preserve the house as a museum/heritage house without an occupier for the public to visit.

"However, final decisions have not been made yet regarding this as outside funding from Clogh Tidy Towns and Heritage Group have not been secured. Clogh Tidy Towns and Heritage Group have applied for a Built Heritage Investment Scheme 2021 to the Department of Housing, Local Government, and Heritage but this grant is not secured. The owner also applied for this same grant in 2017 but did not receive it as the assessment process was very competitive. If we secure the grant this time, we will update our kind donors and any other donations given will be used for additional restoration costs. 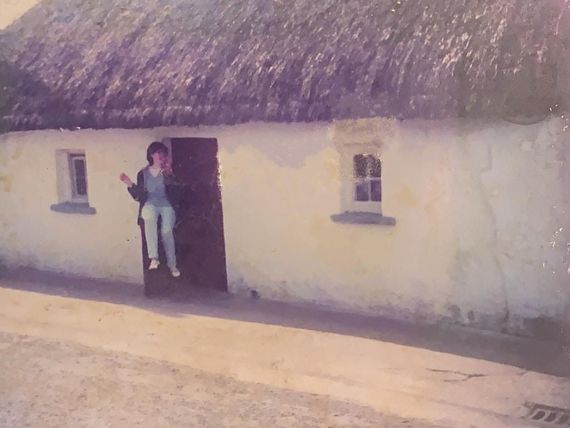 "So, to help with this project, they have launched a GoFundMe page to assist in the costs of renovating the much-loved little house. Any funding they receive will go towards the house's upkeep (whitewash the internal and external walls, bluestone, and thatch) over the years to come."

“Phe’s House” gets its name from the late owner, Philip Barron (1911-2001). When the current owner, Helen Kealy-Dunne, was just a child, she couldn’t pronounce her grand-uncle’s name. So, “Philip” became “Phe” and his descendants still refer to their beloved uncle and his house as “Phe’s.”

To locals in the area, the charming thatched cottage on the bridge with the iconic red half-door is known as “Phil Barron’s House.” Helen and her children even spent two months living in the two-roomed cottage back in 2010 — reenacting the simplistic yet challenging lifestyle of their ancestors. 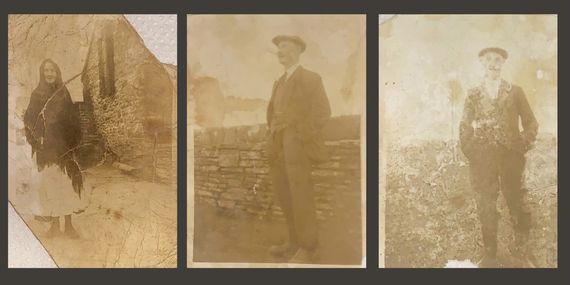 The owner of the house, Helen, and her family can trace their ancestors and previous owners of the cottage back more than 160 years. Originally the house had only one room, but at some point, a partition wall was erected to make two separate rooms. There was also no bathroom in the cottage which is still a feature of the house today.

For more information visit PhilBarronsHouse.com or to donate visit the GoFundMe page.