The best things about being Irish on St. Patrick’s Day

What it means to be Irish on St. Patrick's Day from someone who is Irish. 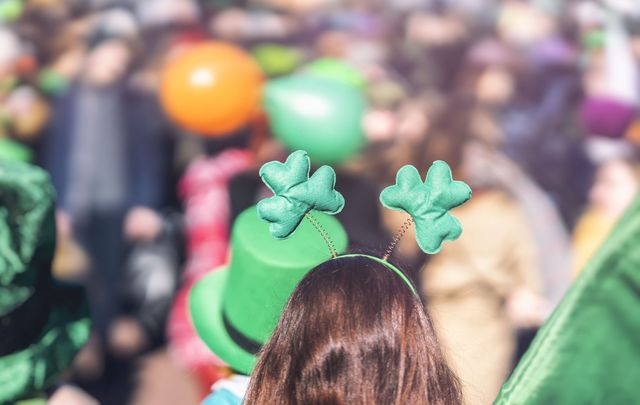 Saint Patrick’s Day is here, a worldwide celebration of all things Irish and the one day of the year where everyone can dress up in green and not care about everyone wearing the same outfit.

It can be a terrific day to be Irish, so IrishCentral decided to take a look at the best part of St. Patrick’s Day for a person from Ireland.

Everyone is a little Irish on St. Patrick’s Day

Everyone wants to be a Irish on St. Patrick's Day

St. Patrick’s Day isn’t just a celebration within the small country of Ireland, it has become a global event. Countries from all over the world join in on the festivities. Here in the United States, the country turns green, and in Chicago, the river literally turns green.

There are over 34 million people in the US who claim Irish heritage, with the most Irish-populated regions being along the east coast. The Irish American relationship began during the 19th century and most notably as a result of the Great Famine in Ireland.

Between 1845 and 1855 over 1.5 million people immigrated to America from Ireland. The Irish in America have played a key part in this country over the last couple of centuries and continue to do so today. Irish surnames, place names and other references can be seen instilled within the fabric of US society.

The major event of any St. Patrick’s Day celebration is the parade. New York City hosts the largest parade in the world with millions of people gathering by the streets along the city's famous fifth avenue to take in the spectacle.

The parade consists of musical performers, pipe bands, dancers and different communities in New York, as well as representatives from police and fire departments from across the country.

In Ireland, Dublin City attracts nearly half a million spectators each year and runs a week-long set of events like boat races, live music and the Irish Beer and Whiskey Festival. It is truly a proud day to be Irish, to witness the joy that comes with the parade.

If you haven’t had the pleasure of seeing a John Deere tractor pulling a trailer, transporting a man dressed as St. Patrick shaking a stick at some plastic snakes then you haven’t lived, or maybe you just haven’t seen a local community parade in Ireland.

This origin of this annual tradition dates back to 1952 when the Irish Ambassador in Washington, John Hearne, sent then US President Harry Truman a small box of three-leaf clovers. From there the tradition began. Since 1959 Irish leaders have been welcomed to America by various US Presidents.

What began as a gesture of goodwill in 1952 has now become an important political date in the Irish calendar. Many major discussions have taken place over the years including matters concerning the Peace Process in Northern Ireland during the ’90s.

It is especially vital to keep these ties together as no other world leader has such access to one of the world's most powerful leader especially in such uncertain times in America at the moment.

Proud to be Irish

Irish food, music, heritage and sport are all on show during this special day. Ireland comes alive and so does the rest of the world. In the US, bacon and cabbage (corned beef and cabbage) and Guinness are high up on people’s lists of St. Patrick’s Day necessities. Irish pubs across the city will be bustling with people and traditional Irish music always fills the surroundings.

Back home in Ireland, the most important day in club Gaelic football and hurling are on display in the country's national stadium, Croke Park. Thousands of people will attend this year’s showcase to see which teams will come out on top. It is amazing that one small nation like Ireland can have an annual effect on the world. 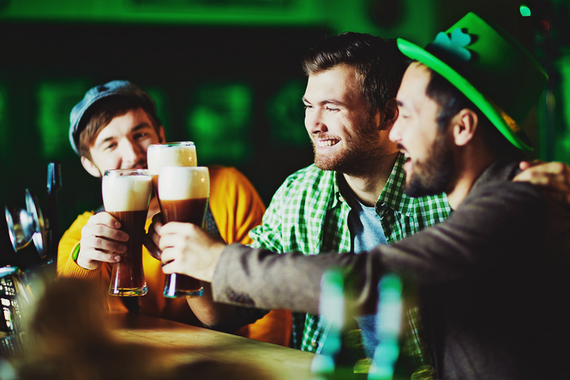 Sharing a pint of Guinness on St. Patrick's Day

Irish people have a knack for finding a connection to how they know another Irish person. The old saying, “You can’t go anywhere without meeting someone you know”, is never truer when two Irish people meet.

The Irish diaspora has spread a pretty wide net around the world, populating almost every part of the globe. Whether you visit Australia, China, France or Argentina you are almost certain to run into one of the many global Irish communities. 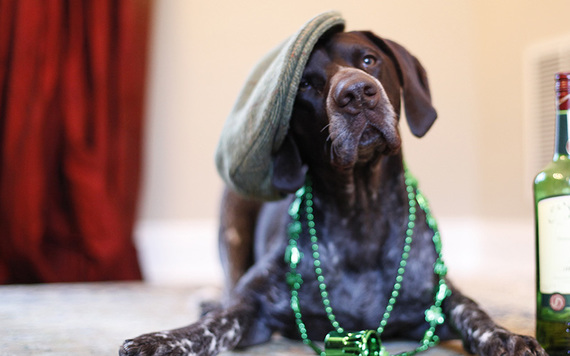 Even the dog's get in on the act during St. Patrick's Day

It is fascinating to witness how other cultures have embraced our tiny little island. The fundamentals remain the same but different countries have different traditions. New York City has the world’s largest celebration and organizers invite police and fire departments from all over the country to participate.

In Hong Kong, the parade begins when St. Patrick lights the eyes of a dragon and lion. In the small Caribbean Island of Montserrat, a huge emphasis is put on St. Patrick’s Day. It is the only other place in the world, besides Ireland, that this day is a public holiday. It really makes one proud of their Irish heritage to see other nations celebrating this special day.

What makes you proud to be Irish on St. Patrick’s Day? Let us know in the comments below.