Adam Beales, aka 'Adam B.' on YouTube, surprises his parents and brother with their dream home in Derry in a new heartwarming video. 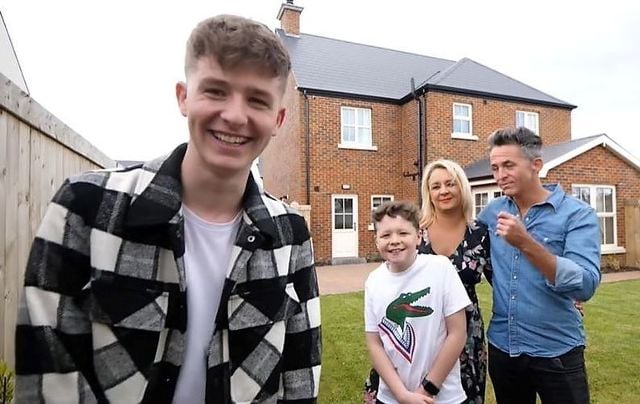 Adam Beales gave his parents and brother the surprise of their life after he purchased them their dream home in Derry. Adam B, YouTube

Adam Beales, a YouTube star from Derry in Northern Ireland, captured hearts all across the Internet when he shared a video about him surprising his parents and brother with their dream home.

Beales, 20, started his YouTube channel about eight years ago and now has a staggering 2.9 million subscribers. His video “BUYING my Parents their DREAM House Surprise" has racked up nearly 1.4 million views since he posted it on May 16.

In the beginning of the video, Beales says: “I can’t believe that I’m making a video like this.

“Everything I’ve done in life, nearly all of it in some way, was to make my parents proud,” the Derry social media star said while fighting back tears before going on to thank his fans for all their support.

Unfortunately for Beales, the purchase of the house was finalized just before Northern Ireland went into lockdowns due to the coronavirus, forcing the YouTube star to keep the surprise a secret for nearly two months.

Finally, in May, Beales got the okay from local councillors that his family would be permitted to move, as long as social distancing guidelines were adhered to.

After a long wait, Beales blindfolded his parents and his younger brother, who regularly feature in his YouTube videos, and drove them to the new house where he reveals it's theirs.

The family is naturally shocked and quite emotional.

“So on a scale of 1 to 10, how does the rank in terms of surprises?” Adam asks his parents.

Watch the heartwarming surprise from Adam B. below, and make sure to check out his YouTube channel for more videos: