The Irish-language film "An Cailín Ciúin" has been announced as Ireland's entry for the Best International Feature category at the 2023 Oscars. 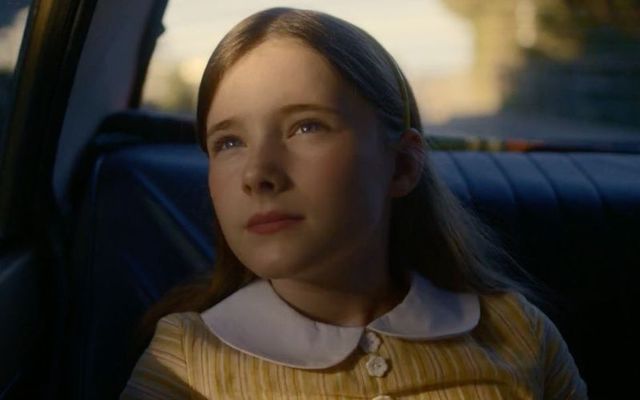 "An Cailín Ciúin," a film told nearly entirely through the Irish language, has entered the race for next year's Oscar Awards Ceremony.

"An Cailín Ciúin" ("The Quiet Girl") has been selected by the Irish Film and Television Academy (IFTA) as Ireland's entry for the Best International Feature Film at the Academy Awards 2023.

Is mór an onóir dúinn é seo! #TheQuietGirl #AnCailínCiúin by @ColmBairead has been announced by @IFTA as Ireland's official entry for Best International Feature Film at the 95th @TheAcademy Awards! 🇮🇪 We are truly honoured 💚🙏 @ScreenIreland @TG4TV @BAItweets @BanksideFilms pic.twitter.com/B6tpYB38lt

Set in rural Ireland, the coming-of-age film based on Irish writer Claire Keegan's novel "Foster", follows Cáit (Catherine Clinch) as she is sent from her overcrowded, dysfunctional household to live with distant relatives (Carrie Crowley and Andrew Bennett) for the summer. She begins to blossom in their care but in this house where there are meant to be no secrets, she discovers one painful truth.

The film, directed by Colm Bairéad, enjoyed a lengthy run in Irish and UK cinemas and has so far taken €870,000 at the box office. It has since secured releases in international territories including New Zealand and Australia.

Moriarty said: “The Irish Academy is delighted to announce 'An Cailín Ciúin' / 'The Quiet Girl' to represent Ireland for the 95th Academy Awards in the Best International Feature Film category.

"This is such a unique and beautiful film that captures your heart from the outset, and leaves you profoundly moved. How proud we are to submit this outstanding Irish language film into the Oscar competition, to compete with the best in the world, as we know this story will resonate with international audiences, beyond the borders of language, and no doubt with American Academy Members too”.

Colm Bairéad, writer/ director of the film, and Cleona Ní Chrualaoi, producer, said: "We are honoured beyond words that 'An Cailín Ciúin' / 'The Quiet Girl' has been selected to represent Ireland. Our heartfelt thanks to IFTA and its selection committee.

"We have always believed in the idea that an Irish-language film could stand shoulder to shoulder with the best of world cinema and we feel so proud to be representing our country and our language in this way.

"It has been an extraordinary privilege adapting Claire Keegan's ‘Foster’ to the big screen and we can't wait to introduce our film to more and more members of the Academy as 'The Quiet Girl' continues its roll-out on the international stage."

"An Cailín Ciúin" has also made history in Ireland as the first Irish-language film to win the Irish Film and Television Academy Award for Best Film in March. The film was also honored at the Dublin and Berlin film festivals earlier this year.

15 international films will now be selected for the next stage of the Oscars process on 21 December and a shortlist will be revealed in January before the 95th Academy Awards Ceremony in March 2023.