"60 percent of us will be gone at the start of next year," is the stark prediction by an owner of one of New York's oldest pubs. 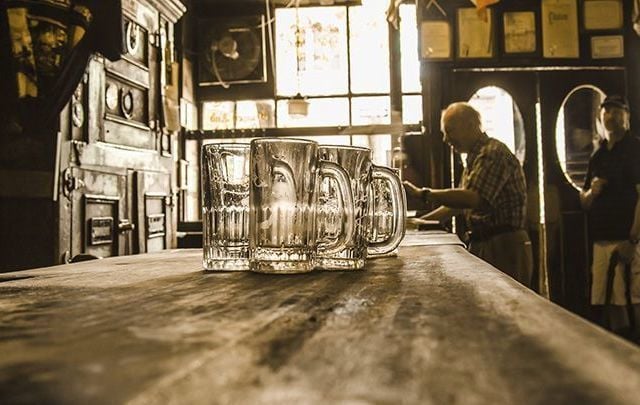 "60 percent of us will be gone at the start of next year," says the owner of Fraunces Tavern in New York of Irish bars in the city. iStock

The lack of indoor dining in New York’s five boroughs is proving more disastrous by the day, Irish publicans say, and with no opening plan on offer from city and state officials, many bars and restaurants might not open again.

New York City Mayor Bill de Blasio and Governor Andrew Cuomo on Monday said that indoor dining in the five boroughs of New York is a non-starter for the near and possibly distant future, even though restaurants and pubs in the surrounding suburban areas have reopened, without issue, at 50 percent capacity.

What will happen to the vast majority of the city’s restaurants and pubs, both big and small, and many of them Irish, should the indoor shutdown continue without an end in sight?

“I would say that if the mayor doesn’t come up with a plan in the next month for us to open indoors, 60 percent of us will be gone at the start of next year,” Eddie Travers, proprietor of the historic Fraunces Tavern in New York’s Financial District, told the Irish Voice.

“Anyone in the industry who I speak with, that’s basically our feeling.  It’s impossible to survive without indoor dining, and honestly, even when it returns at limited capacity, it’s going to be tough.”

Travers, a native of Co. Meath, has co-owned Fraunces Tavern at 54 Pearl Street with his wife Dervila and other partners for 10 years, and the adjacent Porterhouse Brewing Co. for nearly three years.  Their businesses employed more than 100 people, pre-COVID, and they were profitable and popular, especially among office workers on nearby Wall Street. 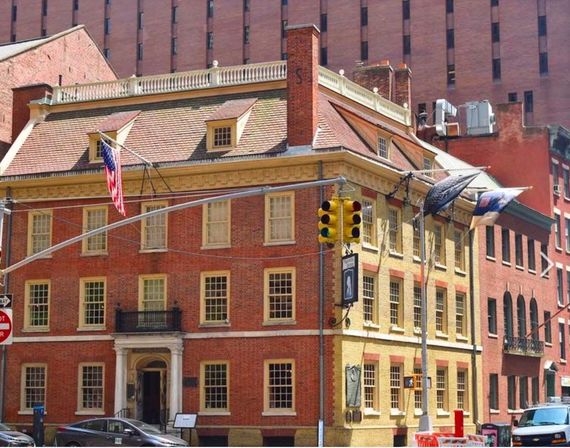 But the coronavirus outbreak has put the skids on bars and restaurants in New York.  For Eddie and Dervila’s businesses the sudden halt came at the worst time possible financially -- St. Patrick’s Eve on Monday, March 16.

“We closed at eight o’clock that evening,” Dervila recalled.

Reopening didn’t happen until last month when Fraunces Tavern moved its operations outdoors.  Takeout and delivery during the early days of the pandemic wasn’t an option for Fraunces or the Porterhouse, which are situated in the heart of Manhattan’s now practically vacant office towers.

“Outdoor dining has helped, but we are still down 75 percent from our usual business,” Dervila said.  “Between Fraunces Tavern and the Porterhouse, maybe we have 30 of our staff working again.  It’s horrible.  We truly love our staff and think of them as family, and we could never have imagined that this would happen.”

Many Irish restaurant and pub owners throughout the five boroughs have been squeezed to the point of extinction during the pandemic.   The venerable O’Lunney’s on West 45th Street in Times Square, owned by Co. Cavan-born restaurateur Hugh O’Lunney, has closed for good after the lockdown because of the $1 million-plus annual rent burden.

“It is a very difficult situation,” O’Lunney said in April during a podcast hosted by Irish journalist John Aidan Byrne. “I’m taking the position that I am not paying rent because the government shut me down -- not because of how I operate but because of the coronavirus.”

Other popular Irish haunts have also shuttered permanently due to COVID-19, including Coogan’s in Washington Heights, the Irish Cottage in Forest Hills, and Foley’s in Midtown Manhattan. 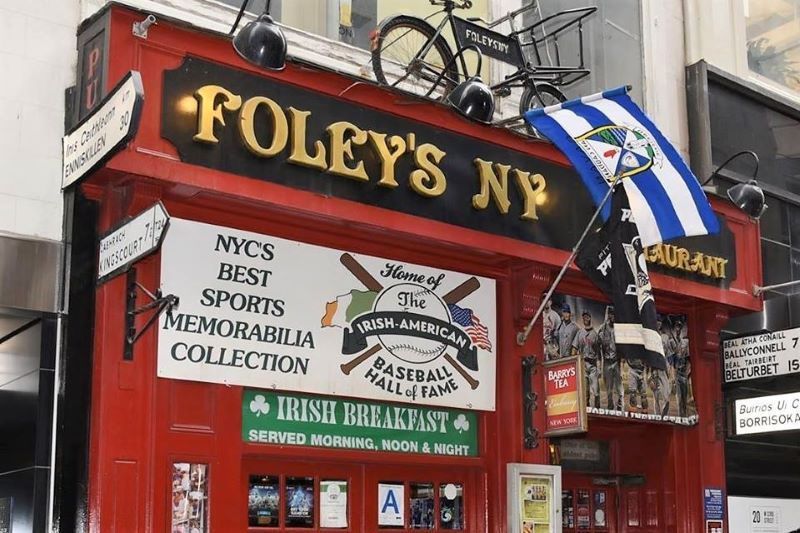 Foley's, an Irish institution in Midtown Manhattan, will not reopen

The Fraunces Tavern occupies a hallowed space in New York lore.  Dating back to the 1700s it is Manhattan’s oldest restaurant, built in 1719 -- George Washington used the building as his headquarters while negotiating with the British during the Revolution.

Eddie and Dervila Travers have lovingly cared for the original brick building which also houses a museum of historic American artifacts.  The location earned coveted landmark status from the city’s Landmarks Preservation Commission in 1965.

In 1974, a bomb planted on the premises by the Puerto Rican paramilitary group FALN killed four and injured more than 50, a tragic event that further cemented Fraunces Tavern’s vital place in Manhattan’s history.

Eddie and Dervila have also infused their own heritage in their businesses, hosting weekend Irish seisiuns and featuring Irish staples on the menu.

Keeping Fraunces Tavern and the Porterhouse alive is of paramount importance to the couple, who are willing to do anything provided that they receive assurance from the government.

“New York has the lowest infection rate in the country right now.  So what are we waiting for with regards to indoor dining?” Eddie asks.

“Most other businesses are open, such as gyms. How are you telling me that a gym is safer than a restaurant?”

Summer weather has been conducive to eating outside but colder temperatures will soon be on the way, he adds.  Government guidance on reconfiguring indoor air filtration systems, tied to a definite reopening date, is a must.

“We have looked into new ventilation. We will spend the money, but we can’t do that if we don’t know if we’ll be allowed to reopen,” Eddie says.

Eddie and Dervila received a Paycheck Protection Program grant which has helped with their payroll, but the funds won’t last for much longer.  Outdoor dining is keeping the lights on for now, but business has been uneven – Thursday evenings straight through to Sunday has been busy enough, mostly thanks to local residents, but Monday to Wednesday is slow.

“We used to do a phenomenal lunch trade. That’s totally gone,” says Dervila.  “One of the nearby office buildings had 300 workers before COVID and they were great customers. Now they have maybe 10 because most everyone is working from home.”

Even more galling, she adds, is that New York City outdoor dining regulations have forced Fraunces Tavern to turn business away.  One customer requesting service for 30 was told no.

“The tables would have to be broken up into smaller groups, you couldn’t stand and drink, and you’d have to drink and eat at the same time.  So we can’t do that right now, and that’s money out the door,” she says.

Eddie and Dervila are parents to five-year-old Lydia, who is due to start kindergarten later this month.  They completely understand the trepidation New Yorkers feel with regards to COVID safety but, they add, neglecting one of the city’s vital industries will cause irreparable harm.

“If this continues to the end of the year we will definitely lose one of our businesses. We might be able to hold onto Fraunces Tavern, but I’m not sure,” Eddie says.

“We love our staff like they are family. And if we had to close, personally, it would be like, what are we going to do now?”