Aer Lingus has reportedly sought tenders from UK airports for two of its Shannon-based aircraft that have been grounded since March. 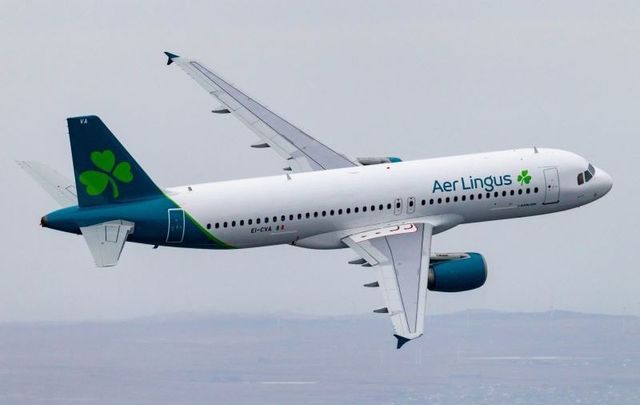 Aer Lingus is currently reviewing bids for two of its Shannon-based aircraft that have been grounded since March. Aer Lingus

Aer Lingus is considering moving its transatlantic services from Shannon Airport in Co Clare to an airport in the UK, according to a report published on Monday in The Irish Times.

The Irish Times reports that Aer Lingus sought tenders from UK airports for its two Shannon-based Airbus A321 long-range aircraft three weeks ago.

The two A321 long-range aircraft, which typically fly from Shannon to Boston, New York, and London Heathrow, are based at Shannon but have been grounded since March due to coronavirus.

Edinburgh and Manchester are among the six UK-based airports that are understood to be bidding to have the two Aer Lingus aircraft based with them to provide flights to the US.

Any service is likely to begin in 2021 and run for an initial three years with Aer Lingus pilots and crew staffing the flights, according to The Irish Times.

Should the move go through, it could potentially leave Shannon Airport with just one US service, operated by American Airlines, next year. Delta and United Airlines have already confirmed they will not resume flights from Shannon in 2021.

The Irish Times notes, however: “If Aer Lingus moves the A321s to the UK, the carrier could still base other craft at Shannon next year, restoring the US and Heathrow services, if commercial conditions allowed.”

A spokesperson for The Shannon Group, the operator of Shannon Airport, told The Irish Times that it was in talks with Aer Lingus about resuming the airport’s transatlantic and Heathrow flights.

The spokesperson said: “These and other services have been suspended due to advice against non-essential travel and their resumption is among the key recommendations of the Taskforce for Aviation Recovery, which included a call for a stimulus package for airports in the regions to encourage the rebuilding of traffic.”

In the wake of the final report from the Taskforce for Aviation Recovery in July, Aer Lingus said that it appeared government policy was "shifting towards a Covid-19 elimination strategy, rather than one of containment and economic co-existence with the virus.

"The full economic consequences of such a shift in policy and of Ireland being ‘Closed for Business’ would be profound and will need to be assessed and quantified."

The potential Aer Lingus shift to the UK would be a “blow” to the Shannon region as it relies heavily on tourism and multinational investment.

Margaret O’Brien, the CEO of the Ennis Chamber of which Shannon Airport is a member, told The Irish Examiner: "Over 40% of US foreign direct investment in Ireland is located within the Shannon Airport catchment area, and that's possibly not a figure many people are familiar with.

In a tweet on Monday, the Ennis Chamber said that the Irish government must support the aviation sector as it’s imperative for job security in industry, tourism, and hospitality in the midwest region of Ireland who depend on Shannon Airport and Aer Lingus connectivity: