The COVID vaccines that are approved for use in Ireland and Northern Ireland will be accepted in the US when the travel ban is lifted, supposedly in "early November." 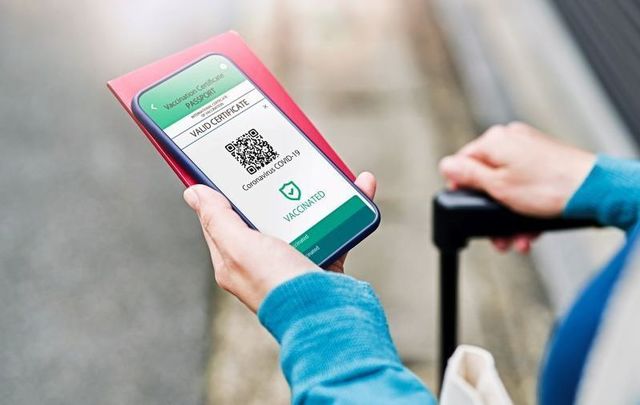 The CDC is still finalizing plans as the US prepares to lift its longstanding travel ban. Getty Images

While there is still no date in place yet for the end of the US travel ban other than "early November," a CDC spokesperson has confirmed which vaccines the US will accept in foreign nationals.

"Earlier this week, to help them prepare their systems, we informed airlines that the vaccines that are FDA [Food and Drug Administration] authorized/approved or listed for emergency use by WHO [World Health Organization] will meet the criteria for travel to the US," CDC spokesperson Caitlin Shockey told USA TODAY on October 11.

She added that the CDC "will release additional guidance and information as the travel requirements are finalized."

Six vaccines have been approved for use by the WHO:

The Centers for Disease Control (CDC) in the US currently has three vaccines approved for use:

Despite this information from Shockey and the CDC, there has yet to be a specific date announced as to when the travel ban will be lifted; the initial announcement on September 20 only said it would occur in “early November.”

Forbes, however, reported on October 10: “There are suggestions that there would be a delay on the November date because the issue is reasonably complicated, as sign off needs to come from all the government areas involved–The White House, Department of Transport, State Department and National Institute of Health.”

When the plan does come into action, all foreign nationals flying to the US will be required to be fully vaccinated, White House Coronavirus Response Coordinator Jeff Zients announced on September 20.

Travelers will be required to show proof of full vaccination, as well as a negative COVID test taken within three days prior to boarding US-bound flights.

The CDC will be issuing a contact tracing order which will require airlines to collect information such s phone numbers and email addresses of US-bound passengers in the coming weeks, Zients said.

The new measures mark the end of a long-standing ban on EU and UK tourists that was introduced by former President Donald Trump in March 2020 and continued in January 2021 when President Joe Biden took office.

Under current restrictions, only American citizens, their immediate families, green card holders, and those with national interest exemptions can travel to the US if they have been in the EU, including Ireland, or the UK, including Northern Ireland, within the last 14 days.

All EU member states opened their borders to US tourists during the summer, but the US did not reciprocate, leading to widespread criticism.

Elsewhere, the US Department of Homeland Security announced this week that it will permit fully vaccinated travelers from Canada and Mexico to enter the US at land borders and ferry crossings from next month.