A planned investment of $7.69 million in the North Kerry Greenway, from Tralee to Fenit and Listowel to County Bounds, has been given the okay. 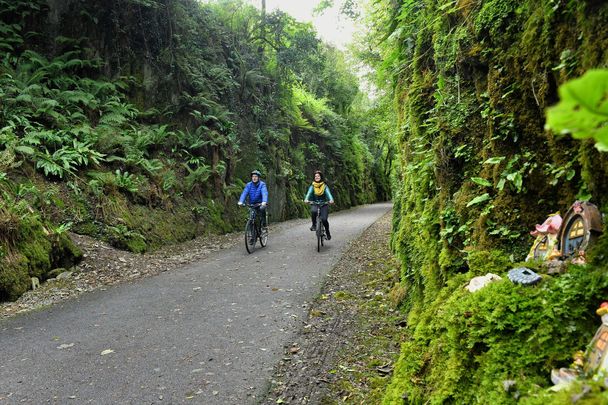 The new extension of the Great Southern Greenway, to be built on an old railway in Kerry and the iconic coastal route, will provide a big boost to tourism and locals alike.

The South Kerry Greenway, to be used by cyclists and tourists in the region, will be built on what was the former Ring of Kerry railroad. Development is set to begin immediately. Kerry County Council has welcomed the major investment of $7.69 million (€6.5m) announced by Minister Brendan Griffin in the North Kerry Greenway, covering the sections from Tralee to Fenit and Listowel to County Bounds.

A statement released by the Kerry County Council said: "The scale of the investment in the North Kerry area adds a new and dynamic dimension to the tourism product of North Kerry building on the already strong brand recognition associated with strong coastal resorts, literary traditions,  major festivals, and built tourism infrastructure.

"The extension of the Great Southern Greenway into Kerry and the iconic coastal route from Tralee to Fenit will provide a catalyst for the tourist industry in North Kerry, while at the same time delivering a major amenity to the local population.

"The success of Greenways in Waterford and Mayo and the economic benefit that these projects have bestowed on the local communities demonstrates the significant private investment that flows from public investment of this scale.

"The delivery of these projects will add to the already strong reputation of the county as a destination for activity breaks and enhance the existing amenity trails and cycleways throughout the county.

"Kerry County Council looks forward to delivering these significant amenities, which are key priorities in the County’s Tourism Strategy, and to continue to work with the communities along the routes to maximize the benefits of these greenways."

Kerry Cycling Campaign welcome the decision by An Bord Pleanala for the South Kerry Greenway to proceed. The approval for the 32km greenway from Glenbeigh to Caherciveen is a welcome boost to communities in South Kerry who expect to see the project begin immediately. pic.twitter.com/yaLqxaatUu

Announcing the allocations, Ireland's Minister for Transport Eamon Ryan said: “I’m pleased to announce that we will contribute a significant amount to the Great Southern Greenway in Limerick to support the work of the County Council in bringing the Greenway up to a modern standard. This will ensure that cyclists will have a quality experience all the way from Rathkeale, Co.Limerick to Listowel, Co.Kerry. This funding will also support the refurbishment of the Longford Canal with improved infrastructure being provided along this cycleway. 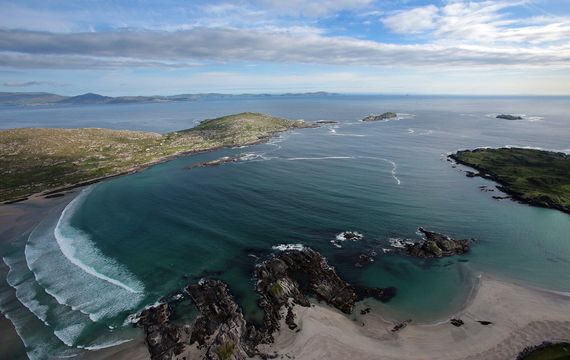 The Ring of Kerry, County Kerry.

"In County Offaly we are funding the extension of the Grand Canal Greenway from Daingean to Edenderry, meaning that by the end of next year it will be possible to cycle the Greenway the whole way from Edenderry to Lough Boora, over 50km worth of cycleway. This funding will also be used for refurbishment of the Longford Canal with improved infrastructure being provided along this cycleway.

"We will also support the refurbishment of the disused New Ross to Waterford Railway as part of the Greenway connecting New Ross to Waterford City which incorporates the Kilkenny Greenway. This cycleway will ultimately form part of an extensive cycling and walking network across the South East region and provide an environmentally friendly alternative for commuters into Waterford and New Ross.”

Minister of State Hildegarde Naughton said: “The allocations of €63.5 million being made today will go a long way in delivering a safe and sustainable environment for active travel in our villages, towns, and cities. We are funding the construction of a Greenway bridge across the River Shannon in Athlone as part of the Galway to Dublin Greenway. This investment will support even greater numbers enjoying our outdoors by cycling and walking for school, work and leisure.

"We are also supporting the roll-out of a new Safe Routes to School Initiative. This program will seek to accelerate the delivery of improved walking and cycling infrastructure to schools; enhance sustainable access onto school grounds, and expand the amount of cycle parking available at schools. Underpinning this new initiative, we will see almost €1 million per day spent on our walking and cycling infrastructure in the year 2021.

"2021 is only the start, we will continue to build on this level of investment over the coming years.”