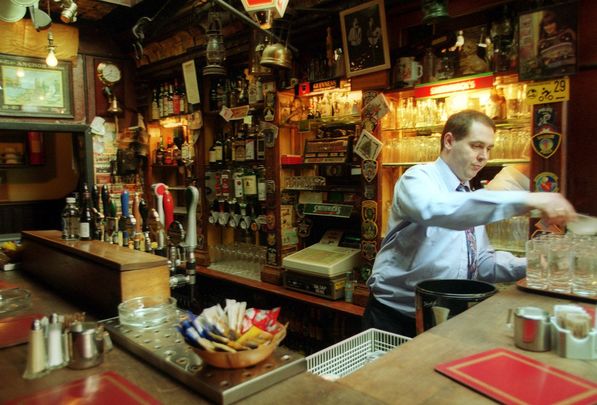 Inside the Brazen Head, in Dublin's City Center RollingNews

The weird thing is that every Dubliner worth their salt knows about 350 pubs, where the bathrooms are located and what the Guinness on tap is like. If you ask a Dubliner for directions to anywhere in the city, they won’t explain the route by street names, instead, they will use pubs names.

Dublin pubs are part of the city’s living culture and history. From literary hangouts to places where deals are made by politicians and businessmen, to places where locals celebrate, relax and mourn, pubs, for better or worse are at the center of Dublin life.

Here are the top five historic pubs in Dublin: 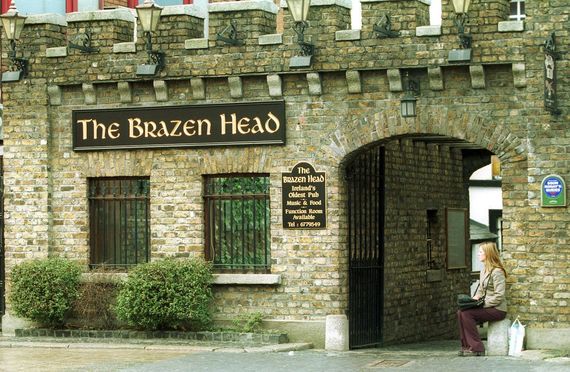 Located down the quays of the River Liffey, the Brazen Head is officially Dublin’s oldest pub. Established in 1198 it was originally a coach house but it is unclear how much of the original structure remains but the pub certainly drips with history.

Just some of the historic figures who are known to have spent time in Dublin are authors James Joyce, Brendan Behan, and Jonathan Swift, as well as revolutionaries  Robert Emmet, Wolfe Tone, Daniel O'Connell, and Michael Collins.

This is a great pub for live music and a lively crowd. A great spot to experience a real Dublin pub. 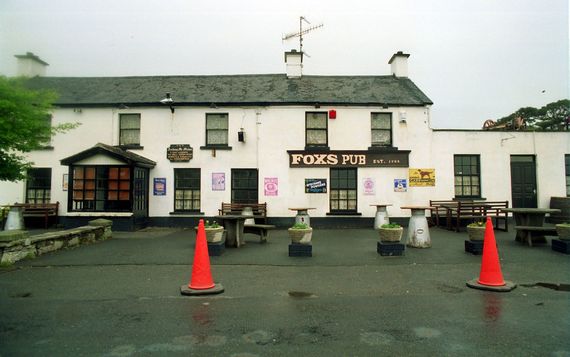 Johnnie Fox’s has been at the center of Glencullen village since 1798, the year the Irish Rebellion was led by Wolfe Tone. It was also used for meetings by leaders during 1916.

Fox’s also boasts of being the highest pub in Dublin and has an amazing view of the city below.

The pub is about 35 minutes away from the city center, but it is worth making the trek for the atmosphere, traditional music, dancing, storytelling sessions, and other entertainment seven nights a week. 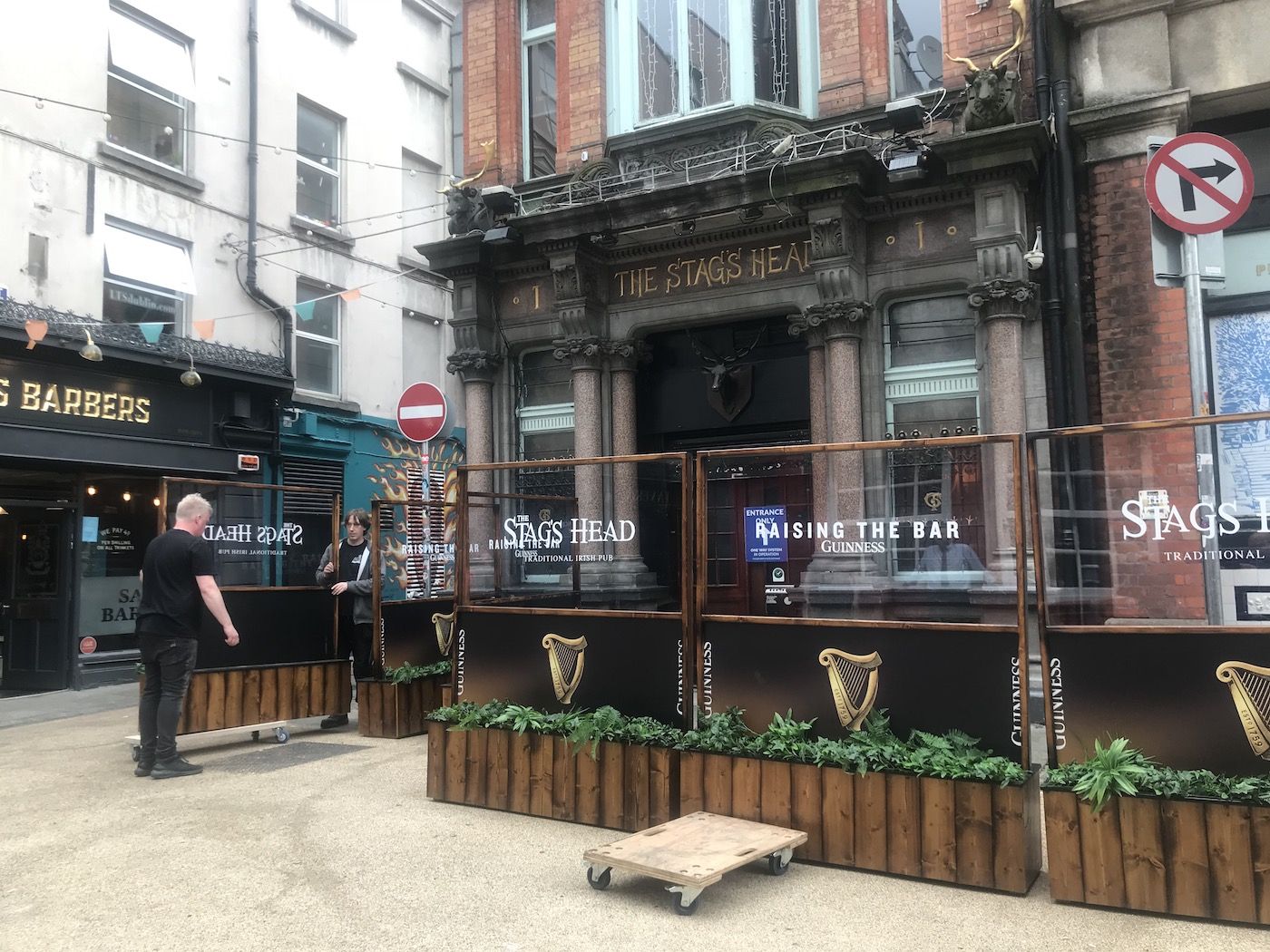 This is certainly one of the most beautiful pubs in Dublin. It was established as a tavern in 1780, and it’s still a very popular spot most nights of the week. My advice would be to visit early on a weekday night so you can appreciate the beautiful old wooden floor, marble columns, stained glass and, of course, the stag’s head behind the bar.

Its current design is Victorian as it was redesigned in 1895, but it has retained this look to the present day. Quite recently, it was refurbished but thankfully little has changed.

Known for its excellent pub food, the favorite being bangers and mash and toasted cheese sandwiches, this pub truly feels like you’re stepping back in time. 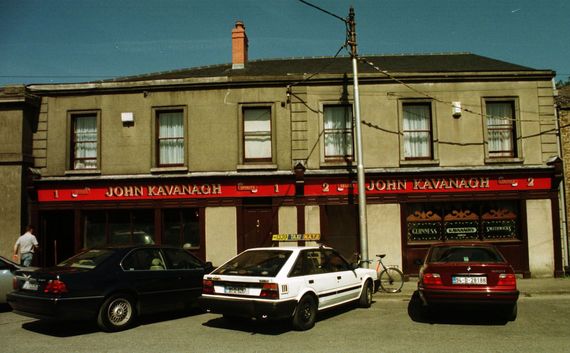 John Kavanagh’s pub claims to be the oldest family-run pub in Dublin. Established in 1833, the pub is known to Dubliners as The Gravediggers. The pub got its nickname as it is located right next to the historic Glasnevin Cemetery. Each day the gravediggers would come into the bar, and the pub would give them a free pint for carrying out such a thankless and unpleasant job. The name stuck.

The pub section of the bar is completely untouched. Swinging doors divide the little nooks, the tables seem to be original and there are strict rules of no music, piped or otherwise. Also, cell phones are strictly forbidden. They also served the best pint of Guinness in Dublin.

This pub is most certainly worth a visit. A great spot to have a quiet chat. 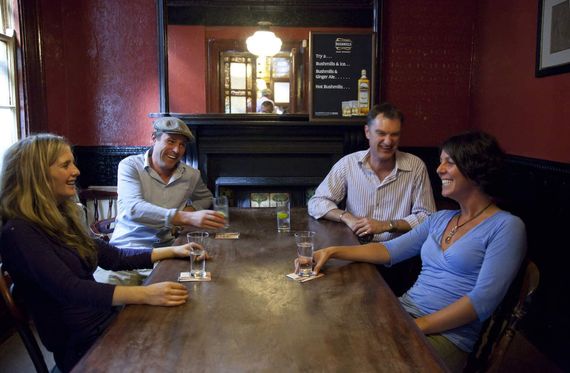 Mulligan’s is stuck in a brilliant time warp. It is dark, unpretentious, and filled with writers, journalists, artists, and anyone who really appreciates a good pub. This was one of James Joyce’s favorite haunts. John F. Kennedy also visited in 1945 and became a fan of the quiet pub.

The exterior of the pub still has the original lettering on the windows and the door and is filled with nooks and crannies inside to tuck yourself away from the world. Again, this pub has a strict no cell phones policy.