Irish passport again ranked amongst the most powerful in the world

Ireland has an "excellent reputation" according to the Nomad Passport Index for 2022, which ranks the Irish passport favorably. 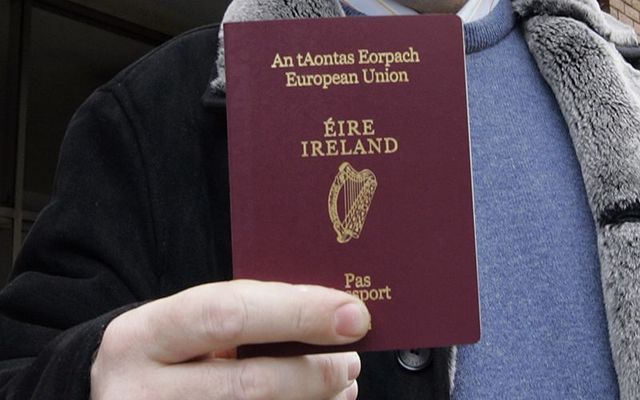 The Irish passport is the third-most powerful passport in the world, according to a newly-released passport index.

Nomad Capitalist, a consultancy firm based in Hong Kong, has released the Nomad Passport Index for 2022, which highlights the best passports in the world for visa-free travel.

The index also incorporates factors such as dual citizenship and the global standing of a country in the international community in addition to personal freedom and international taxation laws.

The index found that a passport from Luxembourg was the most powerful in the world, followed by Sweden in second and Ireland in third.

"Ireland offers one of Europe’s lowest corporate tax rates, yet its passport’s visa scores are among the highest. The country’s excellent reputation makes traveling as an Irish citizen generally hassle-free," Nomad Capitalist said following the release of the 2022 index.

Eight of the top ten countries were European countries, with the UK and US ranking 26th and 41st respectively.

The Afghan passport, which offers visa-free entries to just 26 countries, was ranked as the least powerful passport in the world in the new index.

In comparison, both UK and US passports entitle holders to enter 185 different countries without a visa, leaving the two nations in tied-seventh in the Henley Passport Index.