Ireland's passport beat out the United States and the United Kingdom in the 2020 annual ranking by Henley Passport Index (HPI). 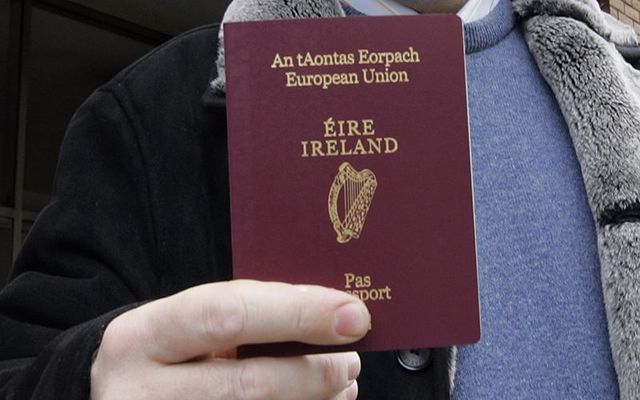 The Irish passport is the sixth-most powerful in the world. RollingNews

The Irish passport was ranked the sixth-most powerful passport in the world in 2020 as part of a study conducted by Henley Passport Index.

Henley Passport Index (HPI) ranks passports based on the number of destinations their holders can enter without a visa and Ireland, once again, ranks above the United States and the United Kingdom.

Ireland is tied in sixth with several European Union members, including Portugal, France, Sweden, and the Netherlands.

The index found that the Japanese passport is the most powerful passport in the world, with holders able to enter 191 different countries without being issued a visa.

Singapore is in second place with a score of 190, while Germany and South Korea are in third with access to 189 different destinations.

HPI compiled the study at a time when nations across the world are closing their borders to foreign visitors during the COVID-19 pandemic.

Scholars are divided about whether the current travel restrictions will affect global travel and mobility in the long run, making studies like passport scores somewhat irrelevant.

The company noted that the health security of a country may become a significant factor for visa waivers in the future.

Dr. Parag Khanna of FutureMap, on the other hand, believes that a number of people will migrate from ill-prepared countries to countries with superior health services as soon as travel bans are lifted.

He said that a lot of young people were searching for more affordable lifestyles in Asia and Latin America before the COVID-19 pandemic hit and that they will resume their search after lockdown.

"Once quarantines lift and airline prices stand at rock bottom, expect more people across the globe to gather their belongings and buy one-way tickets to countries affordable enough to start fresh."