Dr. Fauci claims European travel to US will be banned for months

Dr. Anthony Fauci said that Europeans may be banned from traveling to the US until a coronavirus vaccine is developed, although the ban may be lifted before then. 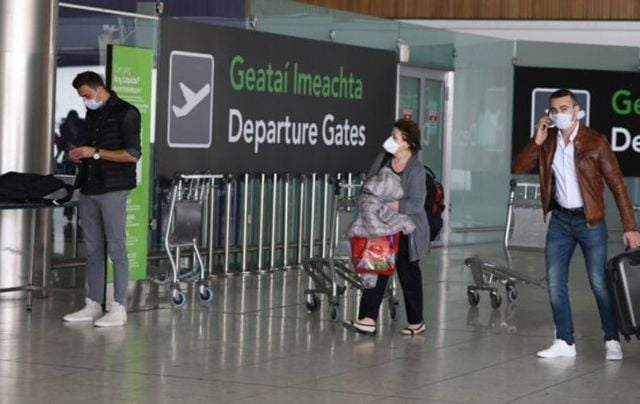 Passengers at Dublin Airport, where flights to the US have virtually halted. RollingNews.ie

Irish holidaymakers will be banned from visiting the US for months, according to Dr. Anthony Fauci, a leading member of the White House Coronavirus Task Force.

Dr. Fauci said that Europeans may be banned from traveling to the US until a coronavirus vaccine is developed, although the ban may be lifted before then.

Discussing the ongoing travel restrictions in the US during an interview with The Telegraph, Dr. Fauci said: "It's going to be really wait and see. I don't think there's going to be an immediate pull back for those kinds of restrictions.

"My feeling, looking at what's going on with the infection rate, I think it's more likely measured in months rather than weeks."

President Trump first announced the travel ban in March as countries such as Italy and Spain emerged as the early epicenter of the virus, a position that the US has since assumed. While Ireland and the UK were not initially included in the travel ban, they were later added.

The US has also banned travel from China and Brazil, two of the worst-affected countries outside of Europe.

Ireland's Department of Foreign Affairs continues to advise against all non-essential overseas travel.

Irish travel to the US has dropped dramatically during the COVID-19 pandemic. Around 500 people flew to the US from Ireland this April, for example, compared to approximately 158,000 people in the same month last year.

Dr. Fauci said that the COVID-19 crisis in the US was far from over, pointing to outbreaks in US states that had attempted to reopen following the lockdown.

"We're seeing several states, as they try to reopen and get back to normal, starting to see early indications [that] infections are higher than previously."

He said that a second wave was not inevitable and added that there is "good news" regarding a vaccine: "We have potential vaccines making significant progress. We have maybe four or five.

"You can never guarantee success with a vaccine, that's foolish to do so, there's so many possibilities of things going wrong. [But] everything we have seen from early results, it's conceivable we get two or three vaccines that are successful."

Describing the COVID-19 pandemic as his "worst nightmare," Dr. Fauci did add: "This will end. As stressful and devastating as it is, it will end. We are all in it together as a global community, and I do see the light at then end of the tunnel."