Be sure to check out these pubs in Dublin on your next Irish vacation. 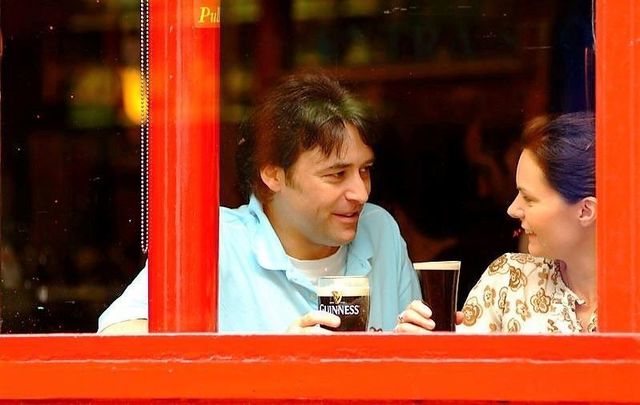 These are some of the best pubs in Dublin Tourism Ireland

Be sure to check out these pubs in Dublin on your next Irish vacation.

There's no shortage of pubs in Ireland's capital city of Dublin - whether you're on the hunt for a quiet pint or a wild night out with friends, Dublin has something for everyone.

You'd be hard-pressed to find a pub in Dublin that doesn't offer a solid dose of craic, but these are ten of our favorites!

This bar is popular with tourists and locals alike - and that makes it unique for a start!

O'Donoghues is famous for its traditional Irish music, and especially for the band The Dubliners, who made a name for themselves here. This is the kind of bar that other "Irish" bars try - usually unsuccessfully - to imitate.

You get the feeling that the pub's bric-a-brac actually evolved over time, rather than being used in a pub design. When it comes to Irish bars, O'Donoghues is the real deal.

The Long Hall, like O'Donoghues, is a great Dublin institution. However, it's not nearly as well-known as O'Donoghues, which means it's much less crowded on weekdays.

It's a terrific bar - it hasn't changed in years, and that can only be a good thing. The clientele ranges from local pensioners to students from Trinity College or Dublin Institute of Technology. Both will be made to feel welcome - as will any tourist in search of a quiet pint and a decent conversation.

James Joyce was said to be a regular in this pub which is hidden away off a side alley right in the heart of Dublin.

It's a favorite spot with students from nearby Trinity College but it's much, much more than a student hangout. People from all walks of life can be found here although it does tend to get more locals in than tourists. In fact, the tourists are probably searching Temple Bar for something like this. For an authentic Dublin pub experience, The Stag's Head shouldn't be missed.

Odd fact: The pub claims to be the first in Dublin to have installed electricity.

Imagine having an old Irish house, and turning it into a bar. That's the concept behind Kehoe's  - the lounge area feels more like the living room of someone's home than anything else, and upstairs, you have to remind yourself that you haven't wandered into someone's bedroom by mistake. 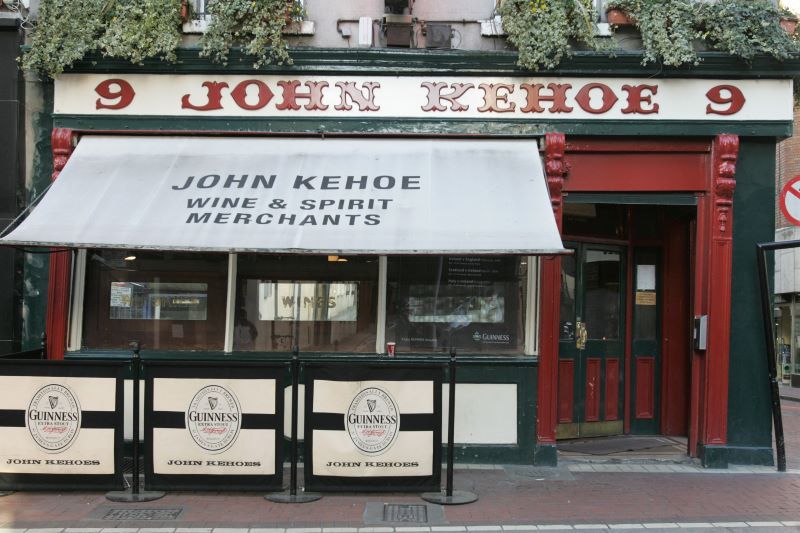 The intimate feeling of this bar is unmistakable - and is very, very hard to reproduce. It's full of nooks and crannies, a sign of how little the place has changed in so many years. Because Kehoe's is located just off Grafton Street, one of the main shopping streets in Dublin, it's usually packed in the evenings during the week, often frequented by the "work crowd."

Read more: Look inside Ireland’s oldest pub - it might be the oldest in the world

The Dawson Lounge in Dublin could be one of the smallest pubs in the world. 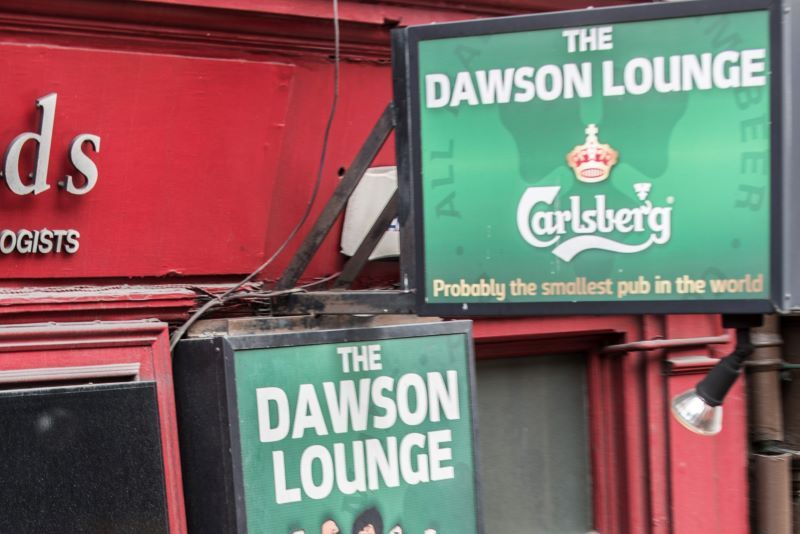 Not a place to have a big party, or to invite your extended Irish family - for the simple reason that this is the smallest pub in Dublin, and can only hold about 20 people. For this reason alone, The Dawson Lounge is worth checking out.

The Cobblestone, which says it's "A Drinking Pub With A Music Problem," is the place to go for traditional Irish music while in Dublin. Although it's a bit of a hike from the city center, it can be well worth the taxi ride to get here.

In the front bar, traditional Irish music provides the soundtrack to people swapping stories and sharing jokes. There is no admission charge for these sessions. There is also a concert venue for which there is a cover charge. Both tend to be excellent value for money.

Read more:  Pubs in Ireland now open on Good Friday and people are having ALL the craic

This bar tends to attract a younger crowd than some of the other bars on this list. It's still pretty laid back, a bit studenty and devoid of anything close to resembling pretension

Sin É is also well regarded for its music; they host traditional Irish music during the week, as well as DJ sets on at the weekend.

Stepping into Hartigan's is like stepping back in time. A much, much simpler time, when the only food to be had was a bag of potato chips or perhaps a ham and cheese sandwich.

The great thing about this bar is that, short of some terrible disaster like a renovation, this is the way it will always be.

The Guinness here is great - although there mightn't be much else on offer. It's not going to be everyone's cup of tea (or Guinness for that matter) with its ancient décor and furniture - but it's worth going into for a pint at least.

Read more: Things to do in Dublin, that have nothing to do with drinking

Most of the bars on this list are traditional gems that haven't really changed much in years. The Globe doesn't fall into this category. It wants to be trendy and stylish and largely it succeeds.

True, it's the kind of place where the barmen don't feel the need to be friendly or even serve the pint of Guinness because they'd rather be at home working on their movie script. But as trendy Dublin bars go, The Globe is easily the best.

It's also a late bar seven nights a week (most bars open till 12.30 am during the week),  meaning that it opens until 2.30 am from Monday to Saturday, and 1 am on Sundays.

A few doors down from The Globe, and a bar that attracts pretty much the same crowd.

However, Hogan's has much more space and has a downstairs dance floor which is invariably packed at the weekends. Especially popular with bike messengers, for some reason.

What's your favorite pub in Dublin? Let us know in the comments!