"The future is exciting" - Tom Brady confirms retirement from NFL

Tom Brady issued a statement today confirming that he has retired from playing in the NFL, saying that he feels "like the luckiest person in the world." 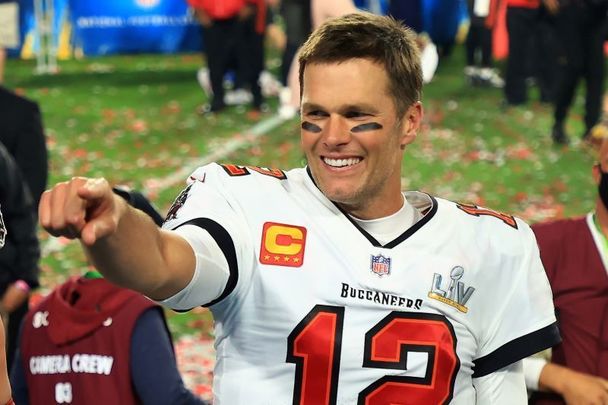 Irish American football star Tom Brady has today confirmed his retirement from playing in the NFL in a lengthy Instagram post.

Brady, who is regarded as the greatest quarterback of all time, played with the New England Patriots from 2000 - to 2019 and has played with the Tampa Bay Buccaneers since 2020.

In 2009, Brady commented on his Irish roots when the Patriots played in London: “My father is 100 percent Irish. We took a trip over there together and visited some of the places where my family came from.

“That was a great experience for me and obviously, I am very proud of my Irish roots.”

Brady confirms his retirement after speculation spread over the weekend that an announcement was coming.

In an Instagram post today, February 1, Brady wrote: “I have always believed the sport of football is an 'all-in' proposition -- if a 100% competitive commitment isn't there, you won't succeed, and success is what I love so much about our game.

"There is a physical, mental and emotional challenge EVERY single day that has allowed me to maximize my highest potential. And I have tried my very best these past 22 years. There are no shortcuts to success on the field or in life.

"This is difficult for me to write, but here it goes: I am not going to make that competitive commitment anymore. I have loved my NFL career, and now it is time to focus my time and energy on other things that require my attention.

“I've done a lot of reflecting the past week and have asked myself difficult questions. And I am so proud of what we have achieved. My teammates, coaches, fellow competitors, and fans deserve 100% of me, but right now, it's best I leave the field of play to the next generation of dedicated and committed athletes."

Brady went on to thank his Bucs teammates, the Bucs fans, the city of Tampa and the Tampa-St. Petersburg region, the Glazer family, Jason Licht, head coach Bruce Arians, Bucs coaches, Bucs staffers and employees, Alex Guerrero, Don Yee and Steve Dubin, as well as his parents and his entire family.

He further thanked his wife, Gisele, and his children Jack, Benny, and Vivi, saying: “You are my inspiration. Our family is my greatest achievement. I always came off the field and home to the most loving and supportive wife who has done EVERYTHING for our family to allow me to focus on my career. Her selflessness allowed me to reach new heights professionally, and I am beyond words what you mean to me and our family. Te amo amor da minha vida.”

Brady continued: "My playing career has been such a thrilling ride, and far beyond my imagination, and full of ups and downs. When you're in it every day, you really don't think about any kind of ending.

“As I sit here now, however, I think of all the great players and coaches I was privileged to play with and against -- the competition was fierce and deep, JUST HOW WE LIKE IT. But the friendships and relationships are just as fierce and deep. I will remember and cherish these memories and re-visit them often. I feel like the luckiest person in the world."

He concluded: “The future is exciting. I’m fortunate to have cofounded incredible companies like @authograph.ie @bradybrand @tb12sports that I amexcited to continue to help build and grow, but exactly what my days will look like will be a work-in-progress. As I said earlier, I am going to take it day by day. I know for sure I want to spend a lot of time giving to others and trying to enrich other people’s lives, just as so many have done for me.

“With much love, appreciation, and gratitude - Tom.”