The Irish roots of Tom Brady, possibly the greatest ever American athlete 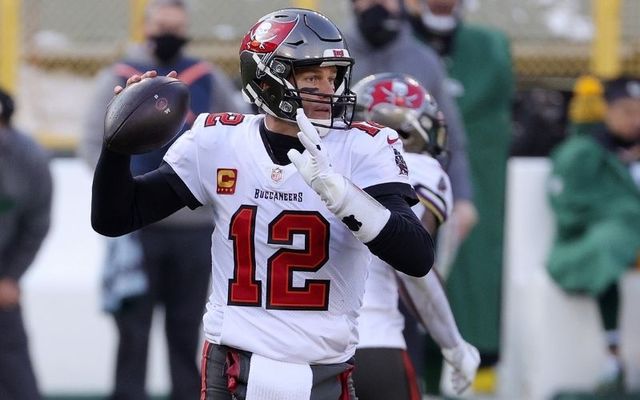 When California native Tom Brady was drafted by the New England Patriots, he had no known connections with Boston. As far as his family knew, they had been based in the Bay Area for generations.

However, it transpires Brady is a direct descendant of famine immigrants from Ireland who landed in Boston during the height of the Great Hunger and scraped out a new life for themselves in the Massachusetts capital.

The Patriots' legend’s great-great-grandfather John Brady left Ireland in the mid-19th century and found work as a laborer in Boston. He soon married Bridget Bailey, also a refugee of Ireland’s Great Famine, and the two set about creating a family.

According to census records, the couple had two children in Boston, including a son, Philip, who is Tom Brady’s great-grandfather. Although Philip’s birth certificate is not available, a registry in the Massachusetts archives shows that his younger brother, Henry, was born in 1857, in the family’s home on First Street in South Boston.

The Boston Globe reports that Tom Brady’s father has previously stated that his maternal ancestors came from Ireland during the Famine, but now amateur genealogist Jim McNiff has found the first public evidence that Brady’s father’s paternal lineage extends deep into the history of Boston.

McNiff, a retired hospital financial manager and college professor from Burlington who has made a hobby of researching family histories, based his findings on census reports, birth and death certificates, cemetery plots, municipal employment records, news articles, and original research conducted by other users of ancestry.com.

So how did the quarterback’s family end up in California? Sometime before the Civil War, John and Bridget Brady left Boston for the west coast.

McNiff found that the young Bradys went west before the war with Bridget’s sister, Ann, and her husband, Lawrence Meegan, also Irish refugees.

According to the Boston Globe: “The Meegans lived on Porter Street in East Boston, and after Lawrence, a harness maker, was offered a job in San Francisco by a Boston businessman who had relocated there, the families set out for California.

“The story of their cross-country odysseys remains untold. In San Francisco, they found themselves in a booming frontier town thick with dreamers inspired by the 1849 Gold Rush and the discovery of silver in the Comstock Lode. In many cases, living conditions were more primitive than they were in Boston, but there was hope and opportunity and jobs, as Lawrence Meegan — and possibly John Brady — found with the Main and Winchester Saddlery Co.

“Census records show the Bradys and Meegans settled next door to each other in San Francisco’s Mission District, then lived together after Lawrence and Bridget died in the mid-1860s. Their children almost certainly played together, which means Tom Brady’s great-grandfather, Philip, likely tossed a baseball with his cousin, Pete Meegan, who would reach the sport’s major leagues as the Brady clan’s first professional athlete.”

“Steady Pete’’ Meegan pitched for Pittsburgh Alleghenys, who later became the Pirates, in 1885. One San Francisco newspaper account said Meegan threw a vicious curveball that once helped him silence “the world-renowned Louisville Colonels,’’ ensuring “his name and fame were heard in every town that boasted a baseball team.”

When he died in 1905 at age 42, the San Francisco Call observed, “The baseball world lost one of its greatest stars.”

Some of that athletic talent might have been inherited by Tom Brady, a gifted baseball player, who was taken by the Montreal Expos in the 1995 draft before he settled on football.

McNiff also discovered that Brady’s great-grandfather, Philip F Brady, was a San Francisco firefighter for 27 years and responded to the devastating 1906 earthquake. His son was a former police sergeant, who was working as a newspaper reporter when he was shot and killed in Oakland in 1922. Another relative, Brady’s great-uncle, Col. Michael Buckley Jr., was a West Point graduate who was reportedly the first American taken prisoner by the Nazis in World War II.

Although McNiff has sent the results of his research to Brady and his father, he has not yet received a response.

Tom Brady Sr.’s cousin, the Rev. Thomas Buckley, told the Boston Globe that he has conducted his own research into the family’s genealogy. He said he has reviewed McNiff’s research and found it credible.

“The Bradys and Buckleys have always been very close,’’ he said. “We’re all delighted by Tommy’s success in football. He’s a wonderful man.’’

Tom Brady’s parents, Tom Brady Sr and Galynn Johnson – from Browervill, Minn., and a descendant of Swedish, Norwegian, and German immigrants – married in 1969 and settled in the San Francisco suburb of San Mateo. Brady, the youngest of four and the only son, was born on Aug. 3, 1977.

In 2009, Brady referred to his Irish heritage when the Patriots played in London that year.

“My father is 100 percent Irish. We took a trip over there together and visited some of the places where my family came from,” Brady told reporters. “That was a great experience for me and obviously, I am very proud of my Irish roots.”