Paul McCartney, the Beatles star who went on to write "Give Ireland Back to the Irish," has strong Irish roots. 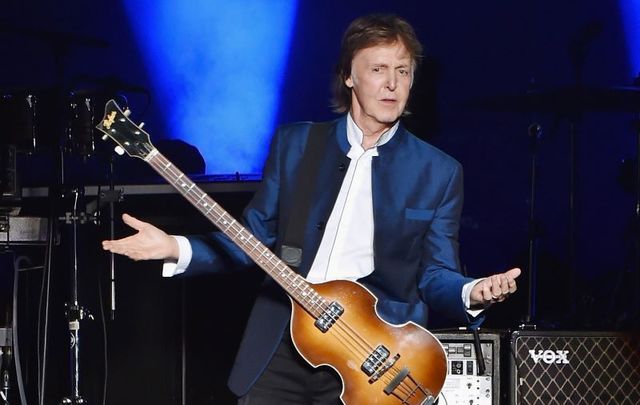 The career of Paul McCartney hardly needs an introduction. The Beatles and Wings member is an insanely successful singer-songwriter, musician, composer, producer, painter, entrepreneur and peace, and animal activist.

One of Britain’s wealthiest and most famous men, McCartney is listed in the Guinness Book of World Records as the most successful musician and composer in popular music history, with 60 gold albums and sales of 100 million singles.

McCartney’s success is familiar to all. His Irish roots, on the other hand, are not so well-known.

The Beatle was born James Paul McCartney on June 18, 1942, in Liverpool, England to Jim and Mary Patricia (Mahon) McCartney.

The McCartneys, like many Liverpool families, descended from Irish immigrants. 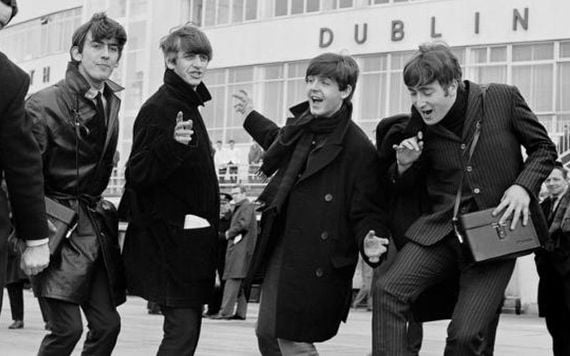 The Beatles in Dublin.

Mary’s father was born in Ireland, and she was Roman Catholic, while Jim’s great-grandfather was an Irish native, and he was Protestant.

It is unknown which part of Ireland Paul McCartney’s paternal side is from, but it is known that they first emigrated from Ireland to Galloway, Scotland, and then on to Liverpool.

Jim's father (Paul’s grandfather), Joe McCartney was a tobacco-cutter married to Florrie Clegg. Joe never drank alcohol, went to bed at 10:00 p.m. every night and the only swear word he used was “Jaysus.” Florrie was known as "Granny Mac" in her Kensington, Liverpool neighborhood and was often consulted when families had problems.

Mary’s father, born Owen Mohin, was from Tullynamalrow in County Monaghan. At some point, he changed his surname to Mohan and moved to Liverpool, where he worked as a coalman and married Mary Theresa Danaher.

Jim and Mary carried on their Irish traditions in their household with their sons Paul and Michael. Jim was a cotton trader while Mary was a nurse. Their children were baptized Roman Catholic at the insistence of their mother, but they were raised non-denominationally.

Mother Mary of “Let It Be”

Poignantly, Paul's mother Mary died when he was just 14. She died after an operation to stop the spread of breast cancer caused an embolism. He would later lose his beloved wife Linda to breast cancer.

After his mother died, Paul immersed himself in to music. The same year he wrote his first song: “I Lost My Little Girl,” using his first acoustic guitar, which he still owns. Paul later explained the song was a subconscious reference to his mother.

In 1968, Paul wrote the legendary song “Let It Be” after having a dream about his mother, and wrote these immortal words for her: "When I find myself in times of trouble, mother Mary comes to me. Speaking words of wisdom, let it be."

Paul later was quoted saying: “It was great to visit with her again. I felt very blessed to have that dream. So that got me writing ‘Let It Be.’”

“Give Ireland Back to the Irish”

McCartney has also written music that is more directly Irish.

In 1972, he and his first wife Linda wrote “Give Ireland Back to the Irish” in response to the Bloody Sunday massacre in Northern Ireland.

The song was released as the debut single of McCartney’s new group Wings, which included Irish guitarist Henry McCullough.

The controversial song was completely banned in Britain but reached number one in the singles charts in Ireland.

Reflecting on the song in later years, McCartney said: “From our point of view, it was the first time people questioned what we were doing in Ireland.

“It was so shocking. I wrote 'Give Ireland Back to the Irish,’ we recorded it and I was promptly phoned by the Chairman of EMI, Sir Joseph Lockwood, explaining that they wouldn't release it. He thought it was too inflammatory.

“I told him that I felt strongly about it and they had to release it. He said, 'Well it'll be banned,’ and of course, it was.

“I knew 'Give Ireland Back to the Irish' wasn't an easy route, but it just seemed to me to be the time. All of us in Wings felt the same about it. But Henry McCullough's brother who lived in Northern Ireland was beaten up because of it. The thugs found out that Henry was in Wings."

The country of Ireland itself has also played a significant role in McCartney’s life.

After Paul’s first wife Linda died from breast cancer in 1998, he met former model Heather Mills and married her in an Irish castle in a $3.2 million wedding in 2002.

On this day: Charlotte Brontë was born in 1816