In a heart-warming tale, Noah Reeb not only got to meet his hero Tom Brady, but the star quarterback and the NFL have treated Reeb and his family with Super Bowl 2022 tickets. 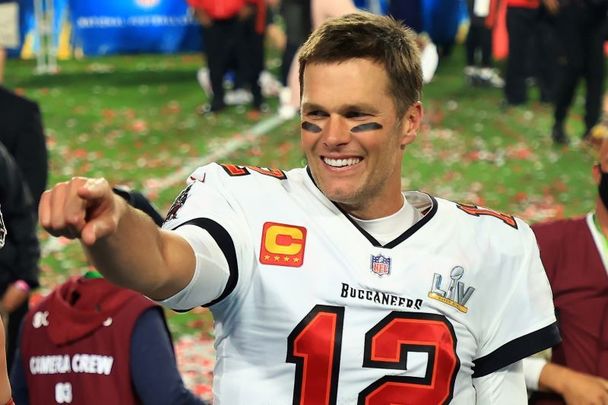 Tom Brady, quarterback for the Tampa Bay Buccaneers, and the NFL surprised a ten-year-old cancer survivor with Super Bowl 2022 tickets this week.

Noah Reeb, a ten-year-old survivor of brain cancer from Utah, won over the American nation and the world's hearts this week after Tom Brady made his dreams come true.

During a week seven game in October against the Chicago Bears at Raymond James Stadium in Tampa, Florida, Reeb held up a sign in the crowds saying: "TOM BRADY HELPED ME BEAT BRAIN CANCER."

I wasn’t crying, watching @espn and their segment on Tom Brady and Noah Reeb, it was allergies!???? #noahreeb #ESPN #TomBrady pic.twitter.com/asoges7jws

After a 38-3 win to the Buccaneers, Brady met with the young boy and gave him words of encouragement and a hat. Reeb was overwhelmed by the meeting.

This week, the NFL and Brady went one step further and surprised Reeb and his family with tickets to the Super Bowl LVI, which will be played on Feb 13, 2022, at SoFi Stadium in Inglewood, California.

.@TomBrady surprised 10-year-old brain cancer survivor Noah Reeb with Super Bowl tickets. This is what it’s all about ❤️ pic.twitter.com/Qo6QdjM1qI

"You've inspired so many people, including myself but millions of others also, and the NFL and the Bucs look forward to sending deserving fans to the Super Bowl each year," Brady said.

"As a thank you, I worked with both the Bucs and the NFL to get you and your family Super Bowl tickets this year in L.A. We certainly hope to be there, but I know you're going to be there."

Reb was diagnosed with germinoma, a form of cancer, in Feb 2021. He was declared cancer-free in August.

Initially, Brady had reached out to Reeb and his family, CBS reports, during the child's cancer battle. The community around the family had rallied and made efforts to connect with the Irish American seven-time Super Bowl champ.

Now after a harrowing year, the Reeb family will be watching Brady compete to win his eighth Lombardi Trophy and his second as a member of the Tampa Bay Buccaneers. 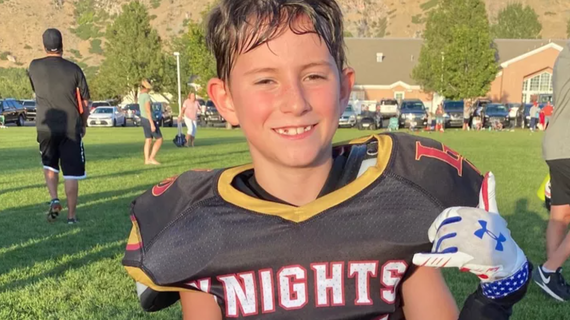 In December 2020, the then nine-year-old Reeb started suffering from severe migraines. His mother, Jaque, told KSL TV, “It’s one of those tragic moments you read about where they turn the screen around and say, ‘You have cancer.’

“And in our case, they turned it around and showed us Noah’s tumor in the center of his head and said he has brain cancer and we need to get him to the hospital today.”

He underwent six months of treatment to battle his cancer.

“It’s like every mom’s worse nightmare, and then instantly you want to protect him and you don’t know what to do, so you just rely on faith from that point on. Faith and trust in God that whatever is going to happen is for a reason,” Jacque added.

What a celebration the Reeb family will have on Feb 13! Way to go, Noah!