A sixth-round draft pick, Brady is widely regarded as the biggest steal of all time. 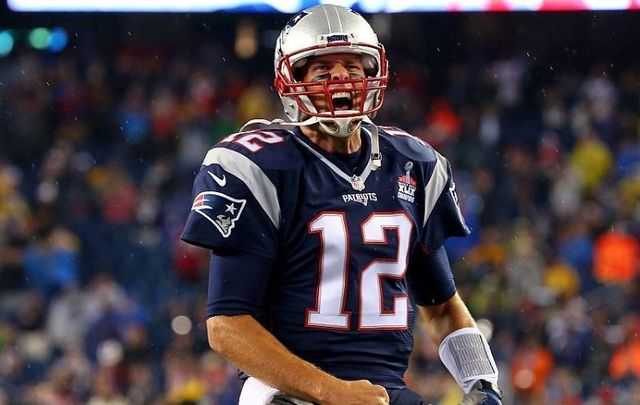 Tom Brady departs the New England Patriots as one of the best players of all time. Getty Images

Tom Brady called time on his Patriots career on Tuesday, making it a St. Patrick's Day to forget for thousands of Bostonians who had already been deprived of the annual Irish festivities in the city. But just how important was Brady to the Patriots, and why did he decide to move on?

A sixth-round draft pick, Brady is widely regarded as the biggest steal of all time.

His story began as a true underdog tale and ended as one of the most successful careers in the NFL.

In his second season, Brady became the Patriots' first choice quarterback following an injury to Drew Bledsoe. Brady didn't shirk at the challenge and won 11 of the 14 he games he started in the 2001 season, leading the Patriots to Superbowl XXXVI, the franchise's first-ever Superbowl. Brady is one of two quarterbacks to win a Superbowl in their first season as a start.

From that moment on, Brady became immortal in New England and won five more Superbowls in a stellar 20-year career, more than any other player in NFL history.

He won four Superbowl MVP's (another record) and appeared in a record nine Superbowls, including losses in Superbowls XLII, XLVI and LII.

His stats make for some pretty impressive reading too.

Brady, who is descended from Irish famine immigrants, has more passing yards (2,838) than any other quarterback in Superbowl history and also leads the most touchdown passes in Superbowls with 18.

The former Patriots quarterback also has more regular-season wins (219) than any other quarterback and the most playoff wins (30) as a quarterback.

He undoubtedly had one of the greatest careers in NFL history and his relationship with head coach Bill Belichick has been the stuff of legend, but he has not been without his detractors.

In 2015, Brady was embroiled in a "Deflategate" scandal where he was found guilty of tampering with the weight of footballs in the AFC Championship game against the Indianapolis Colts in 2014.

Those who resented Brady and the success that he had brought the Patriots used Deflategate to question the legitimacy of the dynasty Brady and Belichick had created.

There had been other controversies prior to Deflategate. The Patriots were fined in 2007 for spying on the Cincinnati Bengals' sideline signals and the franchise, like any successful sporting team, has been widely disliked outside of New England for well over a decade.

But Deflategate saw that contempt reach its peak and Brady was subsequently suspended for the first four games of the 2016 season.

His response was emphatic.

Brady led the Patriots to the next three Superbowls, winning Superbowls LI and LII, either side of a famous loss to the Philadelphia Eagles in 2018.

He became the oldest quarterback to win a Superbowl last year at the age of 41 when the Patriots beat the LA Rams.

But now his time in New England is at an end and he will move to pastures new in Tampa Bay for the 2020 season.

In truth, the writing was on the wall for Brady during the regular season last year.

The Patriots looked a shell of their former selves in an uninspiring regular season that saw them return a 12-4 record and send them into the playoffs as the third-ranked team in the AFC.

Their poor performance in the regular season meant that they had to take on the Tennesse Titans, AFC wildcards, in Foxborough. It was the first time since 2009 that the Patriots had to play in the first round of the playoffs.

With the benefit of home advantage, the Patriots were still expected to easily progress but fell short, losing 20-13 and missing out on a Superbowl appearance for the first time since 2016.

It felt like the end of an era and a dynasty.

Brady may be one of the greatest players to ever play the game, but he is human after all.

At 42, it looked like age is finally starting to catch up on him and his departure from the Patriots seemed somewhat inevitable.

He leaves with a trophy cabinet full to the brim with both personal and team accolades and, love him or hate him, he leaves as one of the greatest players to ever play the game.