British Pathé footage of the Titanic in Belfast in April 1912 has been recently colorized, providing a new perspective on one of history's most famous tragedies. 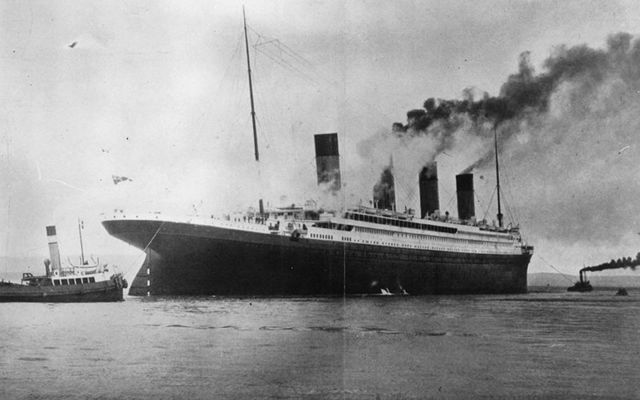 British Pathé footage of the Titanic in Belfast in April 1912. Old Ireland in Colour, YouTube

See the Titanic as never before in this British Pathé footage from April 1912 that's been colorized.

It has been more than 100 years since the Titanic sank during its maiden voyage in 1912. Now, historic footage and photos have been recently colorized providing a fascinating new look at one of history's most famous tragedies.

"Old Ireland in Colour," a treasure trove of colorized black and white photos from late 19th / early 20th century Ireland, shared amazing footage of the Titanic in April 1912 on its social media accounts:

The footage begins in Belfast, where the newly-completed Titanic is set to depart for Southampton, England, before its maiden Atlantic voyage.

Pathé's footage features Belfast workers working on the stationary ship and it gives you a real sense of the enormous scale of the ship when the tiny figures move in front of it.

There is also footage of Captain Edward Smith on the Titanic's bridge prior to the ship's departure.

There is no footage of the Titanic in motion and the following clip is of several icebergs in the sea close to where the ship met its fate. You can also see a vessel named "The Mary Scully" which brought a boatload of American journalists to cover the disaster and the rescue operation.

The rescue mission is also chronicled and the footage includes shots of the Carpathia as it nears New York City.

Additionally, you can see some of the survivors from the Titanic after they reach land when the Carpathia docks. Surviving members of the ship's crew pose for photographs while surviving passengers are interviewed by the press upon their arrival on safe ground.

The footage concludes with images of the "Mackay Bennett" departing Halifax to search for dead passengers and crews from the sunken ship.

Old Ireland in Colour also shared photos from Harland & Wolff's official photographer Robert John Welch that have since been colorized, further providing a new look at the famous Belfast-built ship: