"Debunking the Myths of the Titanic" addresses claims that Captain Edward Smith was traveling at "excessive speed" when the ship hit an iceberg in the North Atlantic Ocean. 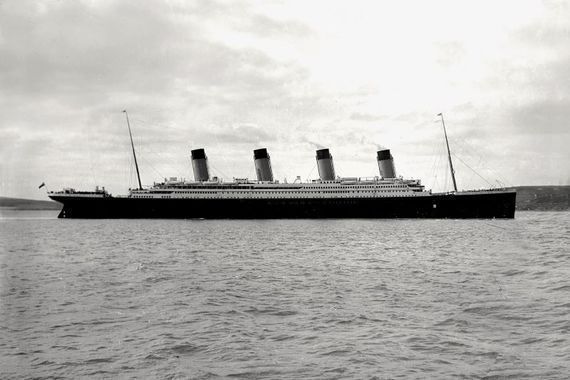 A new documentary attempts to debunk a number of myths surrounding the sinking of the Titanic, including claims that Captain Edward Smith was reckless and that third-class passengers were locked below deck after the ship struck an iceberg.

"Debunking the Myths of the Titanic" was released on streaming platform History Hit in April 2021 and hears from world-leading Titanic expert Tim Maltin about some of the more famous myths surrounding the disaster.

Maltin, who has written three books on the Titanic, said that Captain Smith wasn't reckless and going too fast on the fateful night of April 14, 1912, despite claims to the contrary by John Charles Bingham, the judge who led the British inquiry into the disaster.

Bingham noted in his journal that the ship was traveling at "excessive speed" and additionally noted that there was "no reduction in speed" while the ship navigated the icy waters of the North Atlantic Ocean.

However, Maltin pointed to the fact that "every captain who testified at the inquiry" claimed that they would have done the same thing. He said that the night of the disaster was "extremely clear" with excellent visibility, while the ship's crew were keeping a "very sharp lookout".

"They knew they were getting into the ice region, but critically they believed they could see the ice in time," Maltin said in the documentary.

Maltin also debunked claims that Captain Smith was drunk and not present on the ship's bridge when it collided with the iceberg.

He acknowledged that Smith dined with passengers at about 7 or 8 p.m. but said that he was on the bridge when the Titanic struck the iceberg at 11:40 p.m.

"His suite of rooms, his navigating room and his chaise lounge area, and his bedroom area are actually part of the bridge. He was always on the bridge," Maltin said.

"And he had left instructions to be called immediately if anything happened."

Maltin also addressed claims that the Titanic was poorly constructed, resulting in the fatal catastrophe. He dismissed Dr. Richard Corfield's claims that the ship was built with second-rate rivets, which made it weak and vulnerable on its sides.

Instead, Maltin insisted that the Titanic was "one of the best-built ships in history".

He said that the ship could have been sliced into three pieces and each piece would have floated and said that the vessel would have stayed afloat if four of its watertight compartments were flooded with water.

However, he said that the ship was not designed for the "side swipe disaster" that saw five watertight compartments flooded with water.

Maltin also said that the ship remained on an even keel for more than two hours after it struck the iceberg - proof of its high-quality construction.

In contrast, he said that the Costa Concordia cruise ship "rolled over much more quickly" during inclement weather conditions in 2012.

"You could say Titanic was safer than modern ships are today," he said.

Maltin said that gates separated first, second, and third class during the ship's voyage in order to comply with US immigration law at the time that sought to prevent the spread of disease. He said that no ship would gain entry to America in 1912 if it didn't separate passengers by classes.

However, first-class stewards rushed straight down to third-class after the ship hit the iceberg to tell passengers how to get to the lifeboats, Maltin said.

He said that the gates could only be opened as soon as a state of emergency was declared onboard, which took place 47 minutes after the ship hit the iceberg.

Maltin also said that more third-class passengers died than first or second-class passengers because anyone over the age of 13 was classed as an adult in 1912, meaning that teenage boys only made it onto the lifeboats after women and children.

With many poor immigrant families traveling on the Titanic in search of a new life in America, leaving a teenage son behind was simply not an option, according to Maltin.

"What they did is they decided they would be better off sticking together.

"If they were going to leave the breadwinner behind dead in the icy waters of the Atlantic, what hope would there be for the mother on her own?"