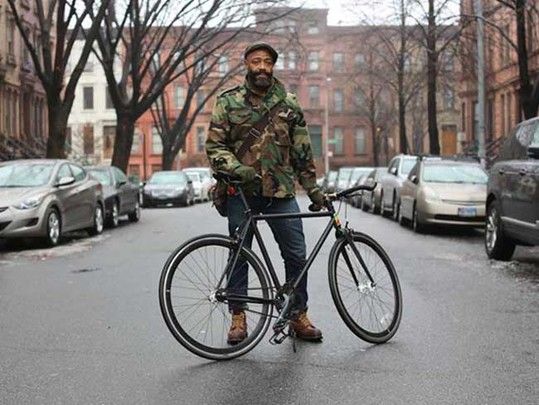 Art – both creating it and simply being around it – has a phenomenal ability to heal, to inspire, to broaden perspectives and horizons.

For almost 20 years now, the Groundswell Mural Project has brought public art and creative opportunities to some of New York City’s most underserved communities and at-risk youths. Founded in 1996 by a group of artists, educators and activists, Groundswell has worked with 95 established artists and thousands of NY youths to complete 450 public arts projects in over 40 of the city’s neighborhoods from the Bronx to the Battery and beyond.

The non-profit, headquartered in Brooklyn, partners with community groups and local businesses who commission Groundswell to create murals, which center on themes ranging from immigration to gun violence, community to women’s empowerment.

In addition to the mural projects, Groundswell also runs summer, after school and in-school programs, as well as programs for incarcerated and court-involved youths. Those who wish to pursue a career or further education in the arts receive portfolio training and development.

Groundswell’s Program Director and today’s Unsung Hero is Patrick Dougher, who some readers will recognize from the Humans of New York post where he spoke about his first-generation Irish American father, Ambrose “Frank” Francis Dougher.

He said “My dad was just a working class Irish dude. He drank himself to death when I was fifteen, but he was a good dad when he was sober. I remember him taking me to a gay wedding on Christopher Street to teach me tolerance. And that was back in 1971.” The post on the Humans of New York Facebook page now has close to 130,000 “Likes” and has been shared over 4,600 times.

Dougher, born and raised in Brooklyn, is an artist, educator and musician. He has worked for over 15 years in community-based arts and social justice organizations and holds a BFA in arts education from Brooklyn College.

Before joining Groundswell, he was the Program Director of Groundwork for Success, a youth-empowerment initiative in Brooklyn’s East New York neighborhood. Prior to this, he worked with Project Reach in New York’s Chinatown, was an art therapist working with HIV-positive youths at Kings County Hospital, and taught a number of creative pursuits across the five boroughs.

His father, Frank, played a big role in Patrick’s decision to become an artist. As he told IrishCentral, “He had a great appreciation of music, particularly jazz, doo-wops and early rock n roll. He used to make me sit down with him an deconstruct tunes and really analyze what each musician was playing. He also really loved art and although we never went to museums he did have some art books around the house.

“The main thing, though, was that my dad was the foreman at a paper mill. He would bring home reams of really high-quality paper and encouraged me to draw and paint. There was never a shortage of paper in the house!”

Groundswell has grown the reach of its initiatives in recent years, particularly in the wake of Hurricane Sandy, when they worked with the neighborhoods most effected by the storm’s destruction, including the Rockaways, Staten Island, Coney Island, Red Hook and Long Island City.

We Rose Above: Healing Communities Through Public Art from Groundswell on Vimeo.

The Groundswell team has also increased its programs for youths who are incarcerated (completing a number of ambitious and up-lifting works at Rikers Island), on probation, or struggling in school.

Says Dougher, “This is the population I like to call the 'exquisite misfits.' Young people who have so much to say and who are often highly gifted and intelligent but for a myriad of reasons have gotten off to a bad start.

“Our model is designed to use art as a tool to reach these youths, to instill in them what we call the Four C’s (Creativity, Collaboration, Critical Thinking and Compassion) in order to get them on a path to college and/or meaningful employment.”