Both Irishmen were both awarded famed medals for their gallantry, Gallagher’s Navy Cross edging out Sheahan’s Silver Star in terms of placing in the military medal pantheon. 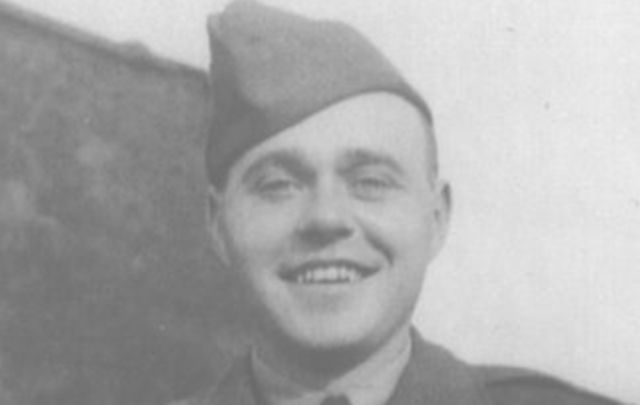 Both Patrick Sheahan and Patrick Gallagher were born in Ireland but awarded famed US medals for their gallantry -  Gallagher a Navy Cross and Sheahan a Silver Star.

They were both Irish born.

They both were corporals in an American uniform.

They both died in combat.

And they both died as heroes.

Their stories also diverge in a few critical aspects and this has nothing to do with the fact that Sheahan was from Kerry, Gallagher from Mayo.

They were of a different generation and they fought in different wars.

Sheahan fought and died in Korea.

Gallagher fought and died in Vietnam.

They were both awarded famed medals for their gallantry, Gallagher’s Navy Cross edging out Sheahan’s Silver Star in terms of placing in the military medal pantheon.

In the case of both men, the story is not complete.

There is a belief that both might have been awarded even higher medals had they been U.S. citizens.

They were immigrants but died before they could fully embrace their new American lives.

Sheahan, by virtue of a long campaign by fellow Kerryman, the late John Leahy, was made a posthumous citizen along with 27 fellow Korean War Irish by virtue of an act of Congress in 2003.

Leahy, who had served himself in Korea as a sergeant in the artillery, was of the view that Sheahan should have been posthumously awarded the Congressional Medal of Honor.

And he battled for this up until his passing in November 2014.

Sheahan’s bravery (he was also a recipient of the Bronze Star) was never in doubt.

But the Pentagon has a thing about paperwork.

Think of the scene at the end of "Indiana Jones" where the crate is stored in a sea of crates in a warehouse the size of a small town.

Something similar happened to Corporal Sheahan.

Sheahan's heroism, which led to his death on October 4, 1951, in a God-forsaken patch of land in Korea dubbed Hill 281, is described in battlefield reports from the time, but the effort to secure Sheahan a higher award for valor was hampered down the years by the lack of subsequent paperwork, this despite John Leahy’s Trojan efforts.

Leahy argued that Sheahan would have been awarded at least the Distinguished Service Cross, the second highest military award for valor, or even the Medal of Honor, the highest, had he been a citizen at the time of his death.

What didn’t help Leahy's campaign - in a sense stopped it in its tracks - was a fire that destroyed the army's records back in 1973, and a seemingly never-ending game of bureaucratic ping pong which saw the Sheahan case bounce back and forth in Washington, D.C. and elsewhere?

And to add to this the National Archives, which stores vast amounts of records on military personnel, apparently lost track of Sheahan.

In a 2012 response to a letter from Leahy, the National Archives office in College Park, Maryland, said it could find no record of Sheahan in the casualty lists linked to the Irishman's final battle.

"We have examined casualty lists for Cpl. Sheahan's unit, the 7th Infantry Regiment, 3rd Infantry Division, but were unable to locate any listing for him," the National Archives response to Leahy stated.

The archives office also said that it had examined command reports from the 7th Infantry Regiment for October 1951. "We did not locate a mention of Sheahan," the letter stated while adding that such records rarely cite individual names.

As it happened the Echo was by then in possession of the army’s official battlefield report of Corporal Sheahan’s final action.

And if the National Archives had copies of the Irish Echo from the early 1950s it could have learned more about Sheahan and his fellow Irish fighting men.

Their deaths were reported as was a Requiem Mass for Sheahan and some of his Irish comrades held at St. Patrick’s Cathedral in New York.

“Stiff enemy opposition prevailed and the sweeping fire of a hostile machine gun soon pinned down the platoon and halted the advance up the hill.

“Corporal SHEAHAN, realizing the gravity of the situation and aware that the enemy weapon must be neutralized, courageously crawled forward under the lethal hail of fire and completely destroyed the emplacement with accurately thrown hand grenades.

“Uncertain as to whether all the enemy soldiers had been killed by the explosions, he rose to his feet and, rushing forward, fired a long burst into the smashed entrenchment, eliminating all possible opposition.

“It was while thus revealed to the enemy, as he carried out his singlehandedly brave action that corporal SHEAHAN fell, mortally wounded by the savage fire of an adjacent automatic weapon.

“Corporal SHEAHAN’S aggressive gallantry and selfless devotion to duty were instrumental in the successful completion of his unit’s mission and reflect the highest credit upon himself and the military service.”

The “highest credit” could, or should, equal the Medal of Honor.

An effort by John Leahy to have the second highest award for gallantry, the Distinguished Service Cross, awarded posthumously to Sheahan also ended with Leahy’s passing.

Patrick Gallagher also brought the highest credit upon himself, and the United States Marine Corps.

Gallagher was awarded the Navy’s highest honor, the Navy Cross, which is on a par with the DSC. His family and many admirers seem happy enough with that though there is a view that Gallagher, too, should, or could, have been awarded the Medal of Honor.

In Gallagher’s case, of course, the campaign to more fully honor him is now focused on a new goal.

And that is having Gallagher’s name affixed to the hull of a U.S. Navy Arleigh Burke Class destroyer.

The campaign, initiated by Mayo native and California-based Martin Durkan, and Dublin-born Dallas, Texas-based Marius Donnelly, has been up and running for several years.

A petition has gathered over 10,000 signatures, and the matter has been presented directly to Navy Secretary Richard Spencer by Senator Charles Schumer, first in a letter and last weekend at a meeting between the two on Long Island.

Schumer was also at the center of the successful effort to secure posthumous citizenship for Patrick Sheahan and the other Irish Korean War dead.

In the case of both Gallagher and Sheahan, there has been undoubted success for the campaigns on behalf of each.

Yet the story of both is not yet fully writ.