They will be gathering in Ballyhaunis County Mayo to remember Patrick “Bob” Gallagher, a hometown hero whose life was ended in Vietnam exactly fifty years ago today. 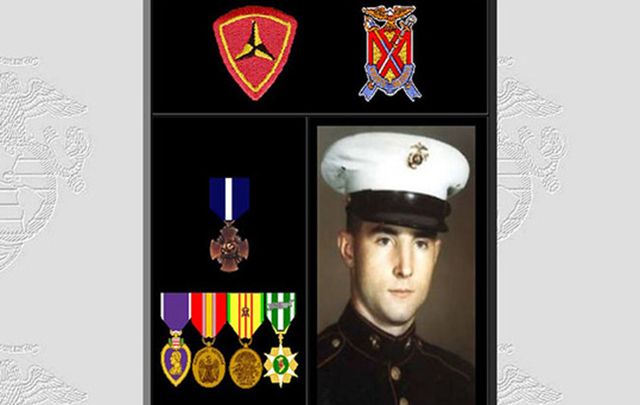 They will be gathering in Ballyhaunis County Mayo to remember Patrick “Bob” Gallagher, a hometown hero whose life was ended in Vietnam exactly fifty years ago today. Campaign for Patrick Gallagher

They will be gathering in Ballyhaunis County Mayo to remember Patrick “Bob” Gallagher, a hometown hero whose life was ended in Vietnam exactly fifty years ago today.

Gallagher was about to depart Vietnam and the war when his life ended on what would have been his last patrol.

His hometown is holding Patrick Gallagher Memorial Day today in memory of the Navy Cross and Purple Heart recipient.

Representatives of the United States military, specifically the Marine Corps, and the Irish Defence Forces, will take part in the day’s events which will begin with a Memorial Mass.

The Mass and ceremonies, according to a release, will also honor Christopher Nevin and Brian Óg Freyne, who also died in Vietnam, and Ballyhaunis native Billy Keadin, who was killed while serving with the Irish United Nations peacekeeping force in the Lebanon.

An exhibition on Gallagher’s life will be opened as part of the day’s ceremonies.

The anniversary commemoration will come against the backdrop of a petition drive aimed at having Gallagher’s name affixed to a U.S. Navy destroyer.

The petition requests that the Secretary of the Navy consider naming a destroyer in Gallagher’s honor.

Gallagher, from Derintogher, Ballyhaunis, won the Navy Cross for heroism in Vietnam, but was shot dead while on Patrol in Da Nangon what would have been his final day “in country.”

The petition effort has been led by Martin Durkan, and Dallas, Texas-based Dublin native, Marius Donnelly.