A campaign to have a U.S. Navy ship named after a County Mayo-born Vietnam War hero is set to go into overdrive in 2017. 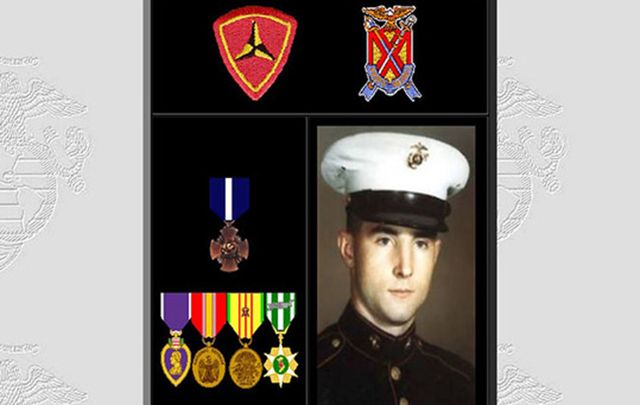 Campaigners want the Destroyer Class DDG Ship to be named after Mayoman, Patrick Gallagher. US Navy.

A campaign to have a U.S. Navy ship named after a County Mayo-born Vietnam War hero is set to go into overdrive in 2017.

The commemoration will come against the backdrop of a petition drive that, to date, has raised over 7000 signatures through a combination of online and traditional methods, while a film documentary on the Gallagher story has also been completed.

Those signing the petition have been inspired by a story of astonishing courage.

Everybody knew Patrick Gallagher as "Bob.” He was the second eldest of nine children born to Mary and Peter Gallagher. They lived at Derrintogher, three miles from Ballyhaunis in County Mayo.

When he was 18, Patrick went to his aunt's on Long Island and began his new life in America. In 1966, he was drafted and joined the U.S. Marines.

In April of that year, Gallagher shipped out to Vietnam with Hotel Company, 2/4 Marines, 3rd Marine Division as an ammunition carrier.

In July 1966, while other members of his unit slept, Gallagher's unit was attacked at Cam Lo, not far from the border with North Vietnam.

Gallagher kicked a grenade away before it exploded and, as the citation for the Navy Cross he was later awarded read, "another enemy grenade followed and landed in the position between two of his comrades. Without hesitation, in a valiant act of self-sacrifice, Corporal Gallagher threw himself upon the deadly grenade in order to absorb the explosion and save the lives of his comrades."

As the three other marines ran to safety, two further grenades landed in the position and exploded, "miraculously injuring nobody."

Miraculously indeed, the grenade under Gallagher had not exploded.

His squad leader ordered him to throw the grenade into a nearby river. It exploded on hitting the water.

"It is a pleasure to pin this on your breast," said General William Westmoreland at the later presentation of the Navy Cross.

Gallagher's luck was to run out, however. He was shot dead while on Patrol in Da Nang on March 30, 1967.

A clipping on Gallagher's bravery from the "Sea Tiger."

The petition effort has been led by Martin Durkan, and Dallas, Texas-based Dublin native, Marius Donnelly, requesting that the Secretary of the Navy consider naming a U.S. destroyer-class ship in Gallagher’s honor.

As part of the campaign four billboards were placed at one point in boarding areas at Dublin Airport, telling the story of the County Mayo-born hero of the Vietnam War while also providing a link to a website established to collect signatures for a petition to have Gallagher’s name attached to a navy ship.

Durkan expressed the hope that the upcoming fiftieth anniversary would focus minds in the Navy Department on what he says is a campaign on behalf of a most worthy hero.

“Patrick was one of at least thirty-one Irish citizens, mostly green card holders, who died during the Vietnam War,” said Durkan.

“Should the USS Patrick Gallagher sail, then it will sail for all thirty-one.”

More on Patrick “Bob” Gallagher and the campaign to have a ship named after him at www.patrickgallagherusmc.info.

This story was originally published in the Irish Echo. You can find more stories from them here.