Niall of the Nine Hostages, the incredibly fertile Irish warlord, is thought to have 3 million descendants worldwide today. 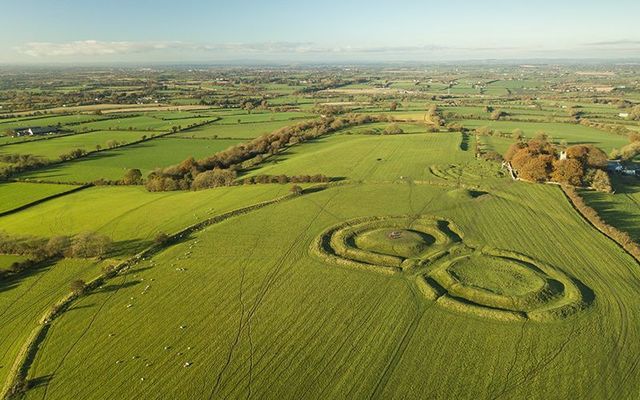 The Hill of Tara in Co Meath, considered the ancient seat of Ireland's High Kings Shutterstock

Millions of Irish Americans, especially those in New York, might be directly descended from Niall of the Nine Hostages, the most prolific warrior in Irish history.

A team of geneticists at Trinity College Dublin led by Professor Dan Bradley discovered that as many as 3 million men worldwide may be descendants of the Irish warlord, who was the Irish “High King” at Tara, the ancient center of Ireland from A.D. 379 to A.D. 405.

The legend of Niall of the Nine Hostages

The story of Niall of the Nine Hostages is already the stuff of legend, passed on to countless Irish schoolchildren over the years.

The supposedly fearless leader battled the English, the Scots, the French, and even the Romans, and struck fear into the heart of his enemies. His dynasty lasted for centuries, continuing up until the Elizabethan conquest of Ireland at the end of the 16th century.

Legend has it that it was Niall of the Nine Hostages who, on a raid in Wales, captured a young slave and brought him to Ireland. That slave would later escape and go to become Ireland’s patron saint, St. Patrick.

This warlord was responsible for the very common Irish surname “O’Neill” (“Ui Neill” in Gaelic), which literally means ‘descendant son of Niall.'

One in 12 men in Ireland

The researchers also found that as many as one in 12 men in Ireland have the same DNA as the Irish king and in Ireland’s northwest, that figure rises to one in five.

"We sampled 60 people with these names and found the strongest association was with them,” Bradley told the London Independent in 2006. “Before this, everything was mythology, but now there does seem to have been a single male ancestor of this group of powerful dynasties."

1 in 50 New Yorkers who have European roots

That means that around one in 50 New Yorkers who have European roots – with surnames such as O'Connor, Flynn, Egan, Hynes, O'Reilly, and Quinn – have the same genetic signature as Niall of the Nine Hostages, Bradley said.

Jefferson, the third president of the U.S., slept with one of his slaves, a woman called Sally Hemings and fathered a child with her. A 1998 study found that Jefferson has an extremely rare DNA type, his Y chromosome belonging to just 1 percent of the population.

A 2003 study found that 8 percent of all Mongolian males are the descendants of Genghis Khan, sharing with him the same Y chromosome. His son had as many as 40 sons, and his grandson, as many as 22. The Khan family may have as many as 16 million descendants in Asia today.

On This Day: Titanic arrives in Southampton for her maiden voyage

Silly Irish jokes that are sure to make you laugh!