Michael Keogh, from County Carlow, was a maverick bohemian who left Ireland at the age of 16 and fought in numerous conflicts around the world, 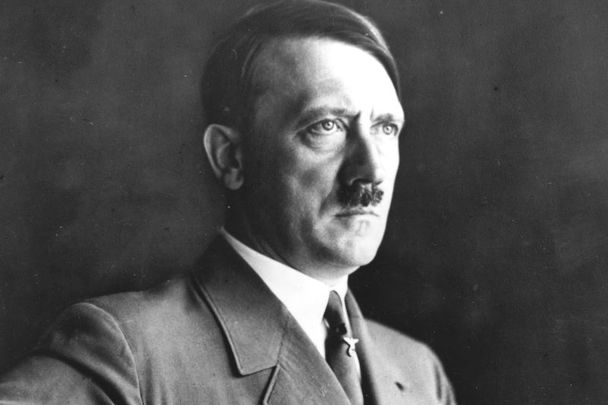 An Irishman who lived in Germany in the early 1900s claims to have saved a young Adolf Hitler from certain death, potentially changing the entire course of history.

Michael Keogh, from County Carlow, was a maverick adventurer who left Ireland at the age of 16 and fought in numerous conflicts around the world,

Keogh swapped Ireland for America in 1907 and joined an Irish Republican Brotherhood group in New York. However, the 16-year-old Irishman would soon find himself fighting on the side of the Americans against Mexican banditos in Texas where he was shot in the midriff.

Keogh returned to Ireland in 1913 and joined the Royal Irish Regiment of the British Army. He was soon court-martialed for frequently expressing strong republican views and spent one month in prison.

Shortly after his release, Keogh returned to the British Army to fight in the trenches of the Great War, a decision which led him on a path to saving Hitler's life, according to an RTÉ Radio 1 documentary.

Keogh was captured during the war and sent to a German prisoner of war camp.

Roger Casement appealed to Keogh's German captors to allow him to set up an Irish Brigade full of prisoners willing to switch sides. Keogh would lead the new Irish Brigade, but Casement was captured and executed during the 1916 Rising and the plans were shelved. Keogh instead joined the German Army proper before the end of the war.

Keogh was amazingly awarded medals for his bravery from both the German and the British armies and it was while he was in the German Army that he first came across a passionate Lance Corporal called Adolf Hitler.

The Carlow man remained in Germany after the war as the country descended into political chaos following the fall of the German Empire. As communist and fascist groups attempted to fill the political void temporarily filled by the Weimar Republic, Keogh joined the Freikorps, a fascist group sworn to smash communism.

The Freikorps ruthlessly put down a Marxistcoup in Munich in 1919 and it was there, when peace had just been restored in the Bavarian city, that Keogh met Hitler for a second, more consequential time.

The Irishman was stationed in a barracks in the city when two foolhardy men provoked 200 pro-Marxist soldiers in a nearby gym.

The soldiers ruthlessly beat the men and some were brandishing bayonets. Keogh, who had responded to the attack, thought that the two men were about to do and fired a volley of warning shots into the air to disperse the soldiers.

It worked, and the two men's lives were spared.

On closer inspection, Keogh saw that one of the men was the same fiery Lance Corporal that he had crossed paths with during the Great War. Hitler was badly bloodied from the attack, having been beaten within an inch of his life, Keogh claimed and the Irish soldier would wrestle with his decision for the rest of his life.

"If we'd been a few minutes later or Hitler had got a few more kicks to his old wounds or he'd been shot -- what would have happened if we hadn't intervened and he'd died?" Keogh asked himself in his later life.

He briefly returned to Ireland in late 1919 to fight for Michael Collins in the War of Independence before returning to Germany in 1929 to work as an engineer.

However, Keogh became fearful for the lives of his German wife and children after the Nazis murders dozens of enemies during the Night of the Long Knives in 1934; an attack ordered by the man Keogh had saved 15 years earlier.

He sought a return to Ireland and was promised a job by Taoiseach Éamon De Valera on his return, but the Taoiseach never kept his promise and Keogh felt abandoned by the state.

Keogh had kept a journal of his storied life, but the treasure trove of information vanished two days before his death in 1964.

In 2008, however, the journals were found by Keogh's grandson Kevin in the archives of University College Dublin.

The Keogh Family published his journals in 2010, telling the amazing stories of the Irish adventurer and RTÉ published a radio documentary about him a year later, ensuring that his enthralling story was heard around the country.