Where are the most Irish people in the US? Census reveals all

Marking Irish American Heritage Month, the US Census takes a look at just how Irish the United States really is. 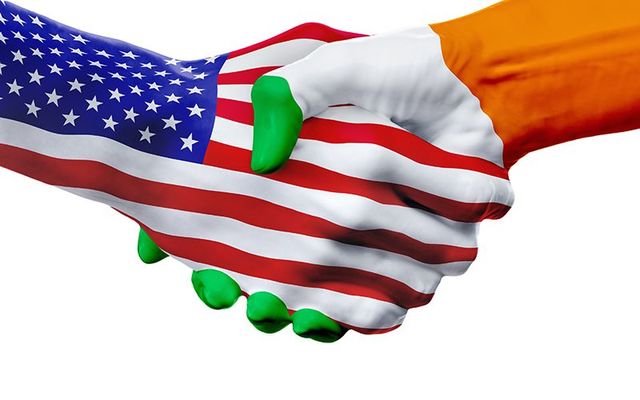 Really how Irish is the United States? The US Census Bureau tells all. iStock

Today, March 12, marks the launch of the 2020 US Census! Where in the United States do most Irish folks live? We look to the last US Census for answers.

Celebrating Irish American Heritage Month in 2018, the United States Census Bureau surveys released an intriguing graphic based on the 2016 US Census which shows where in the USA most Irish and Irish Americans live.

An amazing 32.3 million or 10 percent of people living in the USA claim Irish heritage. According to the Census Bureau surveys, that’s more than claim to be American (20.1 million)! A whopping 125,840 Irish born people also live in the United States but where exactly do all these Irish and Irish Americans reside?

Not surprisingly, the graphic shows that the largest density of Irish live in the northeast – Vermont, New Hampshire, Maine, Massachusetts, Rhode Island, Connecticut – and then Pennsylvania, all boasting of over 15 percent Irish heritage. It seems that the southern states such as California, Texas and Louisiana miss out with the lowest Irish representation.

Where did your Irish ancestors settle? 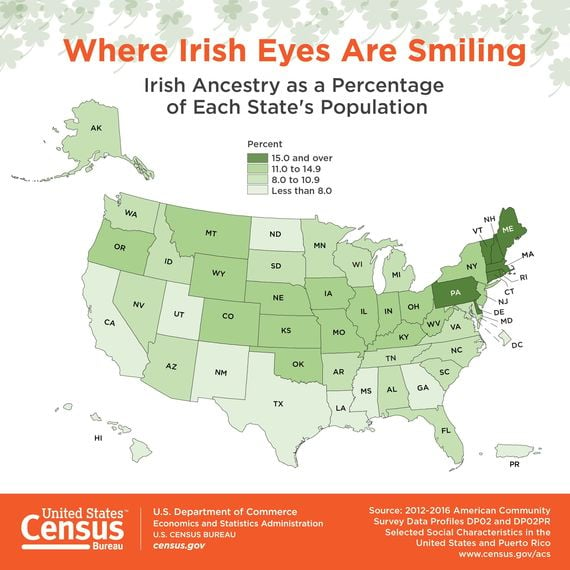 US Census Bureau's study of the density of Irish heritage in the USA.

As part of the Irish American Heritage Month salute, the United States Census Bureau also releases some fast faces about the Irish in America, St. Patrick’s Day and the USA’s celebrations:

- The U.S. Congress proclaimed March as Irish-American Heritage Month in 1991, and the president issues a proclamation commemorating the occasion each year

- 49.5%: The percentage of the population of Ocean Bluff-Brant Rock, Mass., who claimed Irish ancestry in 2016

- 20,590: The estimated number of U.S. residents who spoke Irish Gaelic

Proud of Irish heritage and celebrating this March? Let us know how your community will celebrate below.