D-Day: The Irish heroes in the US and British Armies on that incredible invasion

Mark the 77th Anniversary of D-Day by reading an extract from Dan Harvey's book, "Bloody Dawn: The Irish at D-Day" Beach drills ahead of D-Day Getty

‘The Irish were not worried about the danger; they always went for the most dangerous jobs: tanks, tail-gunners and paratroopers. The paras were full of Irish.’

Seventy-five years ago, on 6 June 1944, a coded phrase was broadcast from the BBC to alert French Resistance fighters to the fact that the largest land invasion of the twentieth century was to begin:

Wounds my heart with a monotonous languor…

So began D-Day. More than 150,000 troops were landed on the beaches of Normandy during the operation, but what is often overlooked is the huge contribution of Irish personnel, from planning to logistics to the actual fighting, that would turn the war in Europe into the Allies’ favor.

Irishmen in American, Canadian, and British uniforms were heavily involved in the terrifying D-Day battle. As world leaders gather later this week to commemorate the 75th anniversary of D-Day, it is only fitting that the Irish involvement is finally fully acknowledged. 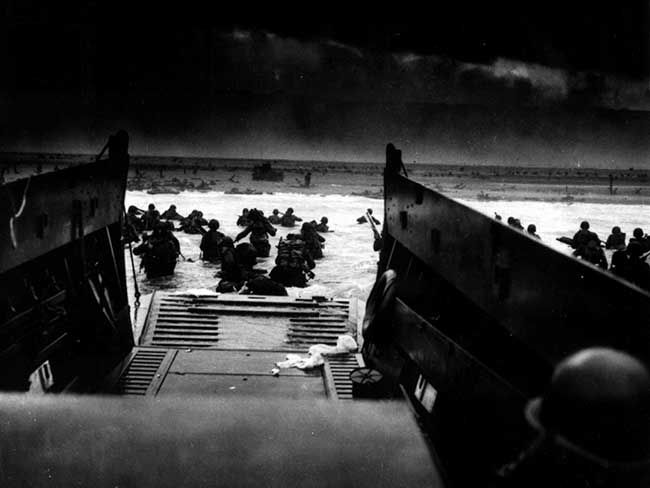 77th anniversary of WWII's D-Day: The world’s largest military and those who gave so much remembered on the beaches of Normandy. HISTORY CHANNEL/SCREENSHOT

Irishmen were among the British and American airborne paratroopers and glider-borne infantry landings prior to H-Hour on D-Day; they were on the beaches from dawn among the first and subsequent daylong troop invasion waves; they were in the skies above in bombers and fighter aircraft, and standing off at sea on naval ships all along the Normandy coastline.

They were also prominent among the planners and commanders of the greatest military operation in history, a combined operation of greater magnitude than had ever been attempted in the history of warfare.

Seventy-five years later, the number of D-Day participants still alive has dwindled dramatically. Many veterans have passed from living memory and with them, their personal first-hand reminiscences have gone forever. Like many soldiers who survived the Second World War, Irish veterans in particular rarely spoke about it.

Many Irish served under assumed names in non-Irish regiments, among them many of the 5,000 (4,983) Irish Defence Force ‘deserters’, who left a neutral Ireland and joined the British Army to fight Hitler’s tyrannical regime. In all, it is believed that some 120,000 Irish fought with the British throughout the Second World War.

One of the first, some say the very first, US paratroopers on the ground on D-Day at 0015 hours (quarter past midnight) on 6 June was the 82nd’s Bob Murphy, an Irish-American member of the 505th Parachute Infantry Regiment’s Pathfinder platoon, the only ‘stick’ to land intact on D-Day, and importantly where it was planned to, a mile west of Sainte-Mère-Église.

The 101st Parachute Division was commanded by another Irish-American, whose Irish ancestry had possible connections in northwest Cork. The officer commanding the ‘Screaming Eagles’ was General Anthony McAuliffe of the 101st Airborne, who later in the war was to become the hero of Bastogne during the Battle of the Bulge in the Ardennes (December 1944–January 1945) and would become famous for his one-word response to the German demand for his surrender: ‘Nuts’.

The Irish-Americans were not only among the echelons of US military high command on D-Day, they were liberally represented with some strong characters among all ranks, even colorfully so. Displaying ferocious Mohawk haircuts accompanied by facial war paint, representing a primitive and savagely wild appearance popular among some of the 101st Airborne Division personnel, Jack Agnew, born in Belfast, was a member of the 1st Demolition Section of HQ Company, 506th Parachute Infantry Regiment. Colloquially called the ‘Filthy Thirteen’, the wartime antics of this group in service prompted the idea for the film The Dirty Dozen.

Irishman Joe Walsh from Athy, County Kildare, was involved in repair work on D-Day. Upon leaving the Irish Army in 1942, Walsh had joined the RAF and he landed in Normandy in late June 1944 with the 715 Motor Transport and Light Repair Unit. He was keen to go to France to see action, and he got there around the time of the Allied ‘breakout’ from the bocage countryside. He recalled, ‘We did not see much action. I remember a V-1 rocket landing in a field beside us once though it didn’t cause any casualties.’

Another Irish-American who contributed significantly to the war effort, through his crucial supply of the ‘Higgins boat’ landing craft, was New Orleans based Andrew Jackson Higgins. ‘He is the man who won the war for us,’ Eisenhower said in 1964. ‘If Higgins had not designed and built the LCVP, we never could have landed over an open beach. The whole strategy of the war would have been different.’  That the Allied forces were able to land an overwhelming number of troops, tanks and equipment in the first few days especially, was due in no small measure to the ingenuity of this straight-talking whiskey drinking ‘Irish’ man.

D-Day was a singular event in world history. There was one invasion, but many perspectives. There was one Allied army, but many nationalities. There was one battle, but innumerable individual stories, many of which faded all-too quickly. One of the deepest-buried stories was that of the contribution of the Irish. There are countless books about D-Day, but until now there have been none about the roles played by the Irish. I hope that my new book, A Bloody Dawn, provides a context and clarity in the presentation of ‘the D-Day Irish’ that further generations can claim ownership of, and a justified, meaningful pride. 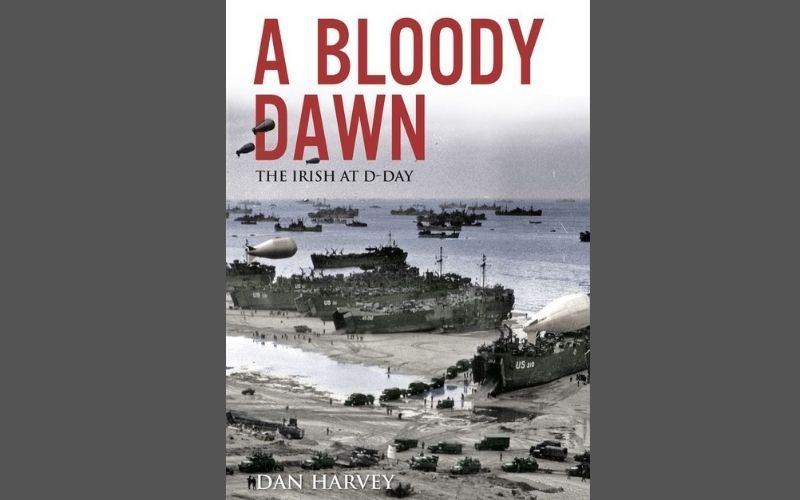 The book cover of "A Bloody Dawn: The Irish at D-Day" by Dan Harvey

"A Bloody Dawn: The Irish at D-Day," by Dan Harvey, is published by Merrion Press (Paperback, $24.99) and can be purchased here.