Forget Sean and Cathleen we've moved on to baby Cashel and Shannon! Check out these Irish baby names based on locations. 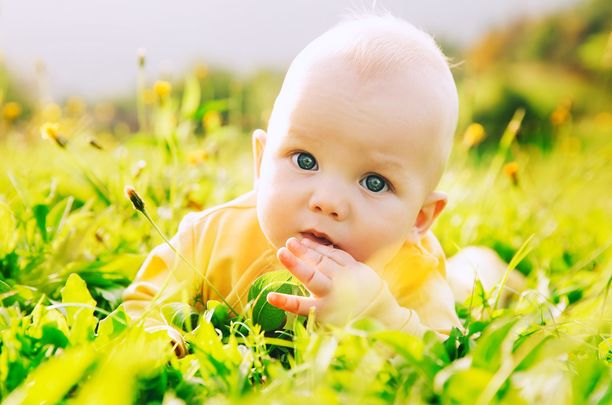 Cashel, Kerry, Clare? Would you name a baby after a location in Ireland? Getty

Do you have a favorite spot in Ireland that means a lot to your family? Would you name your baby after it? A lot of folks are.

Baby names have certainly become a little more creative over the years. There was a time when Liam and Sean and Cathleen and Bridget were Irish names considered popular in North America. Then there was the phase of babies named Ryan, Riley, and Jameson and Erin, Kennedy and Quinn.

It seems now we're entering a new phase, naming babies after locations in Ireland. Of course, this trend isn't entirely original. Look at stars like Victoria and David Beckham's son Brooklyn or Michael Jackson's daughter Paris! Well now we'd like to introduce you to a little girl called Kinsale!

Recently we read an interview with the McNeals and family in the US whose children are all named after locations. Caitlin told CNBC, "Kinsale was when we lived in Ireland, and we vacationed in Kinsale and fell in love with it."

This is a pretty good reason to choose a name no? A special location, close to the family's heart, connected to their ancestral home possibly. There are sillier reasons but what do you think?

Take a look at some of these options for Irish location-based baby names and decide:

The county town of County Carlow, in the southeast of Ireland.

Lucan is a town in Ireland, located 12 km west of Dublin city center on the River Liffey.

The county town of County Clare, in the mid-west of Ireland on the River Fergus, north of where the river widens and enters the Shannon Estuary.

Ross is a small townland on Lough Sheelin, in County Meath, which is home to Ross Castle.

The tenth largest settlement in Ireland, Navan is the county town of County. Meath

Cashel is a small town in the south of Ireland, known for the imposing Rock of Cashel, a medieval complex on a hilltop.

Is the Irish word for Cavan, as in County Cavan. It also means ”grassy hill” or ”hollow”.

As in County Kerry, this name can actually be used for a girl or boy but is more popular as a girl's name.

An alternative spelling to Claire, this one plays homage to County Clare.

Another obvious one, the River Shannon is the longest river in Ireland, with its source in Cavan and flowing into the sea at Limerick.

This is after the Hill of Tara an ancient ceremonial and burial site in County Meath. Tradition identifies the hill as the inauguration place and seat of the High Kings of Ireland and appears in Irish mythology.

Clarina is a village in County Limerick. The name could be seen as "Little Clare" in English.