Ancient secrets of the Hill of Tara revealed

An in-depth survey revealed the importance of the Hill of Tara to our Irish ancestors. 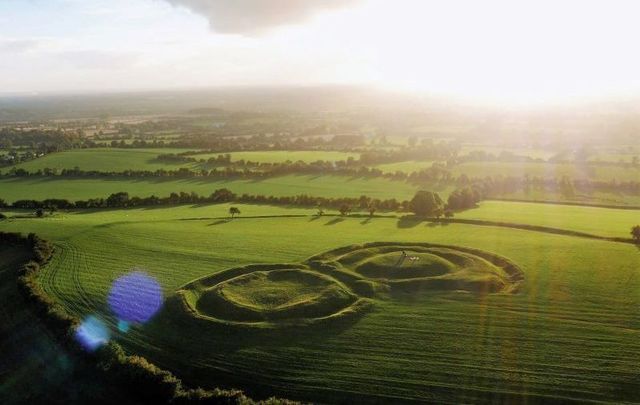 The Hill of Tara in Co Meath Ireland's Content Pool

An in-depth survey of the Hill of Tara in 2010 uncovered many secrets of the important ancient Irish landmark.

Funded by the Irish Heritage Council, The Discovery Programme (the Centre for Irish Archaeological Research) and the National University of Ireland Galway, used a non-invasive geophysical survey of the land to try and compute why the Hill of Tara had such importance to our Irish ancestors.

The team of scientists was also given permission to survey private land adjacent to the monument. Expert on Tara and lecturer in archaeology at NUIG, Conor Newman said, "there is a commitment to cover as much land as possible with the geophysical survey.

"It is very important people realize that the monument complex of Tara is not restricted to just to the top of the hill and [realize] that there are lots of monuments outside that as well and that the modern hedgerow and roads are just that - modern," Newman told the Irish Examiner in 2010.

Newman has spent 18 years studying Tara and he feels the work will go on there for a long time. "It has the potential to enrich our lives," he believes.

Like many other sites in Ireland, Newman feels the Tara should become a UNESCO World Heritage Site but the complex has previously failed to achieve this recognition.

The Hill of Tara, located near the River Boyne, is an archaeological complex that runs between Navan and Dunshaughlin in Co Meath, regarded by many as the most important archaeological site in Ireland.

It contains a number of ancient monuments, and, according to tradition, was the seat of Árd Rí na hÉireann, or the High King of Ireland. The core of the Tara complex is a row of monuments scattered along a low ridge about 1.3 miles long, and located a little to the west of the main Dublin-Navan road.

Approaching from the east, one is fooled by a gentle rise to 510 ft above sea level before falling sharply in the west, earning its Irish name "Teamhair," a height from which there is a fine view. 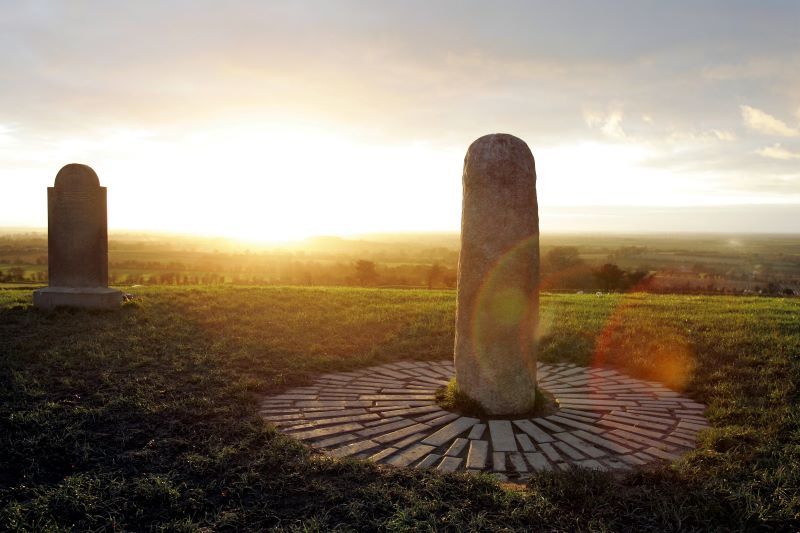 The Lia Fail structure on the right and an IRA memorial on the left on the Hill of Tara in County Meath, which is an ancient ritual landscape, was a place of burial and assembly and was the premier religious centre of pagan Ireland and is believed to date from 3,500BC. (RollingNews.ie)

The remains of roughly 30 monuments in total can be seen in Tara today, mainly prehistoric. The monuments come in various forms with Forrad, Tech Cormaic, Tech Midchúarta and Rath Maeve compromising various earthworks, others appearing as circles or mounds in the grass, and Ráith na Ríg dominating the flat top of the hill with a bank and internal fosse.

It is believed that many of these monuments are barrows, a type of burial mound otherwise known as a tumulus, where a mound of earth and stones was raised over a grave or graves.

As such, it is thought that the Hill of Tara acted as a cemetery for at least part of its history. The M3 motorway, which opened in June 2010, passes through the Tara-Skryne Valley, as does the existing N3 road.

Protesters argue that since the Tara Discovery started in 1992 there is an appreciation that the Hill of Tara is just the central complex of a wider landscape.

The distance between the motorway and the exact site of the Hill is just 1.4 miles (2.2 km). Protesters at the time called for the motorway to be rerouted.

With the controversy surrounding the construction of the motorway, award-winning documentary filmmaker and musician, Mairéid Sullivan, created a short film (featured below) showing "that the complexity and importance of The Hill of Tara, a site older than the pyramids, goes well beyond what we've known about the site for the past few millennia."

The film highlights the discoveries of the Discovery program throughout the 1990s when they revealed that Tara is one of the oldest astronomical observatories in the world.

Inscriptions on the rocks in the tombs, now believed to be maps, may well show that the boundaries of the area stretch further than previously believed (it was originally thought to be the size of Croke Park stadium in Dublin).

The Tara Complex is still a well-loved place of ceremony, despite the motorway, and Irish pagans gather each year, especially on the summer solstice to carry out ceremonies and rituals on the hill.