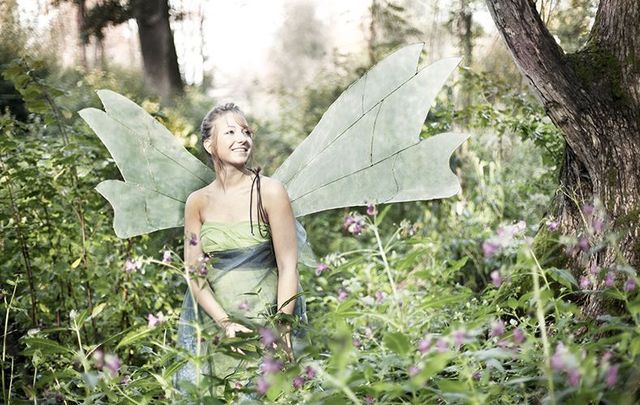 The fairy folk of Ireland continue to fascinate all you've to do is look around. Getty Images

Ireland's fairy folk have folks spellbound! If you don't believe all you have to do is look around. They're everywhere.

Ireland has a huge association with mythical beings, including fairies, a link that has been reinforced time and time again in popular culture through the years.

On a more general entertainment level, a range of examples of Irish folklore creatures is making an appearance in film and TV. Leprechauns have been immortalized in everything from the cult horror film series of the same name to the recent adaptation of Neil Gaiman’s American Gods, while some slightly lesser-known creatures have also made a breakthrough.

But just where did all of this talk of mythical beasts and fantastical creatures come from? Well, as Britannica.com outlines, the ancient history of this incredible country is steeped in Celtic mythology. The Tuatha Dé Danann is a race thought to have inhabited Ireland prior to the ancestors of the modern population known as Milesians. As legends have developed, these beings - who are believed to have been magical - have gone on to be linked intrinsically with the fairy phenomenon for which the country has become famous.

There are no doubt many reasons why such ideas from ancient mythology and culture endure, but one factor which has undoubtedly played a part has been the existence of structures often referred to as fairy forts. It is thought that there are tens of thousands of the forts – or rath – in the country, with many regarding these small embankments as sacred places which should not be touched.

Incredibly, several stories have emerged through the years of people tampering with such sites and going on to have bad luck. One of the more recent claims suggested that issues that emerged on a road in Kerry had been caused by the fact that forts and other ancient sites were located nearby, while some also famously suggested that Sean Quinn’s business empire collapsed as a result of his decision to allegedly move an ancient tomb in the early 90s.

All of this undoubtedly highlights that the John Bishop’s Ireland series made a sensible decision when it came to covering off Ireland’s fairy folklore in the show. The mythology is a core part of so much of the culture within the country and has evidently had a major impact on people across the world too.