The Legend of Brigid

The story of Saint Brigid follows a girl born to a Christian mother and a pagan father. 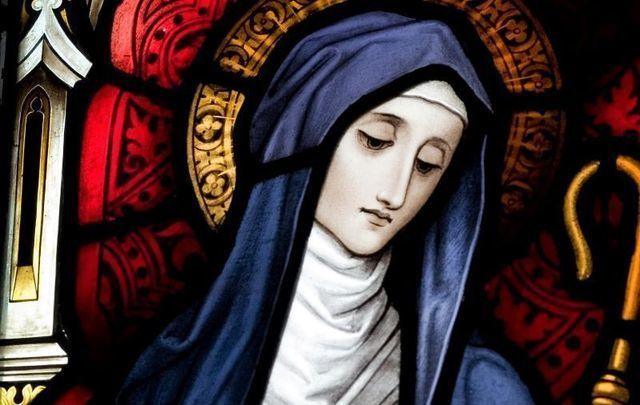 Growing up in Ireland, the story of St. Brigid was a familiar one, we were taught of her generosity, her courage, and her mission to spread the word of God.

The story of Saint Brigid follows a girl born to a Christian mother and a pagan father.

Depending on what you read, her father was either a prince, a chieftain, or a king, the stories agree that Brigid was sent away to be raised by her mother only to be returned as a young girl to her father.

As a young girl, Brigid was devoted to the Catholic Church, when her father refused permission for her to become a nun, she prayed for God’s help to make her so unattractive no man would marry her. The story goes that later her beauty returned, and she was more radiant than ever.

Brigid’s devotion to the church was such that she wished to build a convent. When her father promised her in jest as much land as only her cloak would cover, God again intervened, and her clock grew and grew till it covered many acres of land.

The most famous story of Brigid is that of the “Brigid’s Cross,” replicated by most Irish children at some point in their schooling. Sitting at the bedside of a dying pagan, Brigid comforted the man with stories of God, when telling the story of Christ dying on the cross, she used the rushes on the floor to weave an improvised cross.

These are the tales of wonder many of us grew up with, however when we take a harder look at the story of St. Brigid, a much more incredible one is uncovered.

The time of St. Brigid coincides with the Christianization of Ireland. We are familiar with the legend of St. Patrick, Ireland’s patron saint, who is said to have banished the snakes from Ireland and is credited with converting Ireland from paganism to Christianity. The truth is much slower and more complicated than the tale we grew up with.

The true history of Ireland’s conversion involves many more missionaries than St. Patrick, several decades, and the adoption of pagan beliefs into the Christian calendar. The early Christian missionaries sent to Ireland had a highly flexible and adaptable approach to conversion, which focused on the similarities between Christianity and paganism rather than the differences.

This occurred in other parts of the world too, for example following the Spanish colonization of South America, many of the local people were converted to Catholicism. In time, the matriarchal goddess of Pachamama, or “Mother Earth” revered by the indigenous people, become intertwined with the story of the Virgin Mary.

The legend of St. Brigid is another example of how an existing matriarchal figure was adopted into the Catholic Church.

If we travel back further in time before Ireland was the island of Saints and Scholars, it was the island of Druids and Celts, of Ogham Stones and Fairy circles; this was the world the goddess Brigid lived in.

Brigid is said to have been a goddess of the Tuatha Dé Danann, a supernatural race in Irish mythology akin to the ancient Greek myths of Zeus and Hermes.

Similar to her Christian counterpart, the Goddess Brigid was also the daughter of a powerful man, “Dagda” one of the most powerful gods in the ancient Gaelic world.

She was a goddess of healers, poets, smiths, childbirth, inspiration, fire, and warfare. There are many versions of her name, including Brid, Bride, and of course Brigit or Brigid.

Today, Irish people celebrate St. Brigid’s Day on the first of February, it marks the end of the dark days of winter, the beginning of spring, of new growth and opportunities.

We celebrate the legend, the myth, the saint, the goddess, the matriarch, and the women that may have been Brigid. We celebrate all Brigid stands for including courage, charity, and new beginnings. Things ever so important this year in particular.

The Brigid Festival Vancouver 2022 used the medium of Brigid to celebrate Irish women everywhere, our histories, our stories, our struggles, and our achievements.

Storytellers from Ireland and Canada presented a session focused on the legends and mythology of Brigid. “Legends & Mythology of Brigid: Brigid in Place, Mind, and Spirit” took on Sunday, January 30.